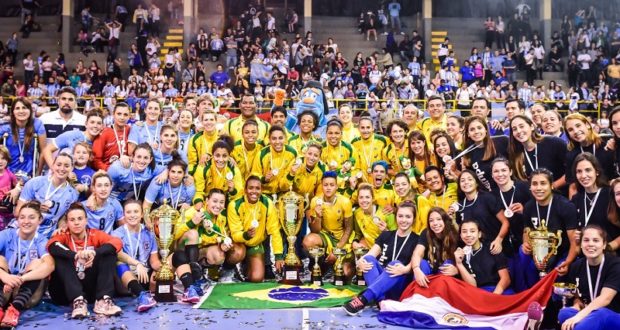 Last night, the Pan American Handball Championship came to an end in Buenos Aires, Argentina. The continental championship of the Americas united the handball lovers around the continent for a week between 18 and 25 June and as expected, Brazil took the gold medal. The Brazilian girls totally dominated the tournament, they won their six matches on their way to the desired trophy, always by more than 10 goals and 4 times reaching the 40 goals mark. As expected, there were no doubts about who is the best in the American continent, but also there haven’t been any questions about who is the second best team of the continent. The hosts and runners-up Argentina won all of their group matches and the semifinal, confidently qualifying for the world championship in Germany in the end of the year, but couldn’t stop mighty Brazil in the final. They just managed to avoid the 40 goals conceded and the 20 goals difference: Brazil won 38-20 in the big final in Buenos Aires to stop the Argentinian party in the hall.

Brazil entered the tournament with a temporary coach Sergio Graciano on the bench and with some major changes in the squad compared to the last four years. Team captain Fabiana Diniz and Daniela Piedade said goodbye to the national team, Alexandra do Nascimento was missing due to a long-term injury, while Fernanda da Silva is on a maternity leave so she couldn’t play for Brazil this time, just to mention some key players. Still Brazil had a team that was ready to dominate the Americas: players like Eduarda Amorim, Ana Paula Rodrigues, Jessica Quintino or the newly-elected captain Barbara Arenhart were still a guarantee for success. Even though Brazil brought several new and young players to Buenos Aires, their dominance is still clear: the main names of the Brazilian squad are also key players in their prestigious clubs in Europe. This was the first competition of the rejuvenated Brazilian team besides the friendlies played in Brazil before the Pan American Championship, this was the first time that the new players had the chance to show themselves to the world and to prove that they would match up the expectations of the traditions. With Brazil being the only internationally successful and acknowledged team of the American continent, having key players competing week by week in the strongest competitions of Europe, the only question was how far is Brazil from the rest of the Americas. 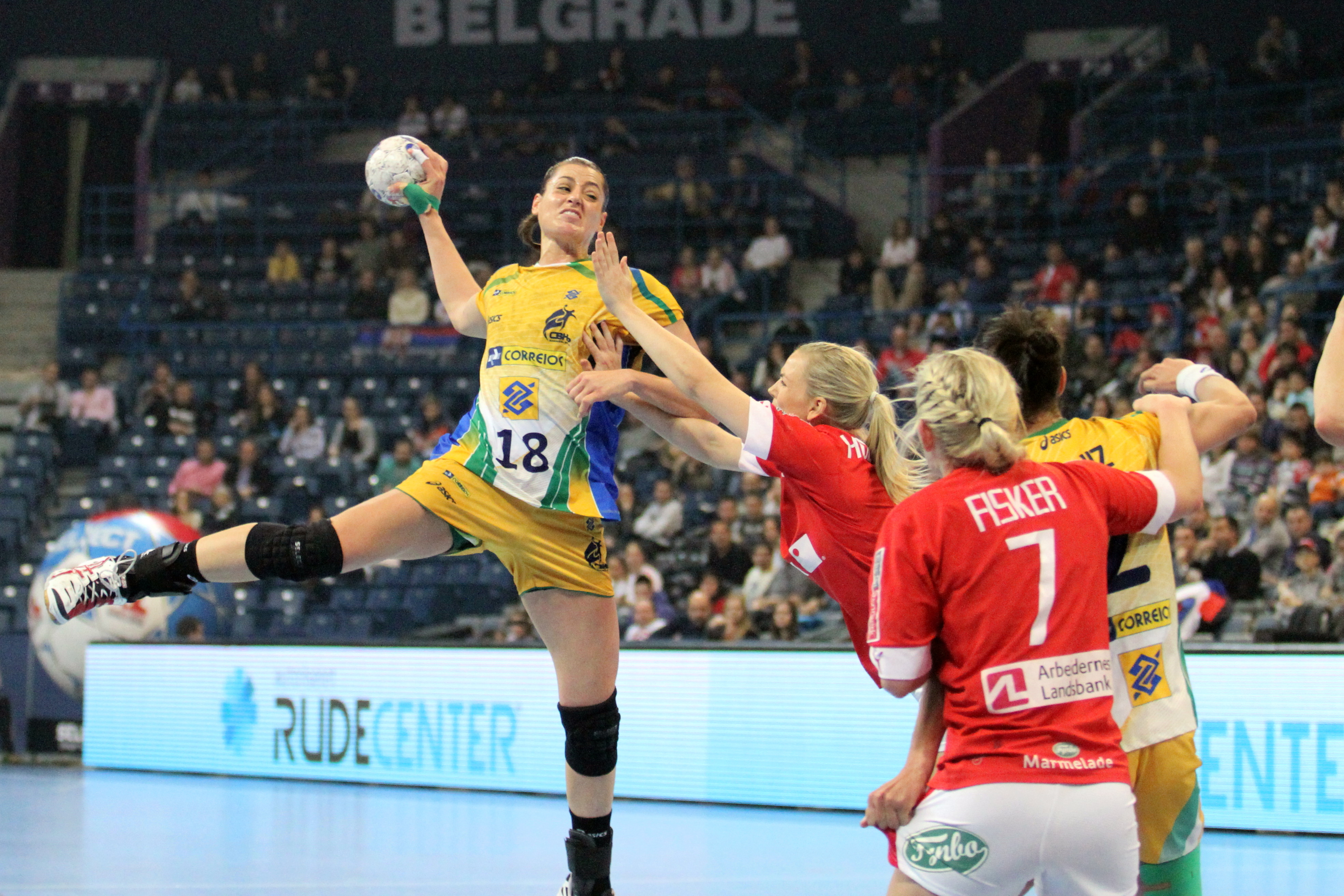 Eduarda Amorim was the top scorer of the final with 7 goals.

In the final, Brazil dominated the game right from the first minutes, even though Argentina and the passionate crowd tried to do everything to stop the Brazilian samba in Buenos Aires. The Brazilian defense was standing strong and Barbara Arenhart showed some spectacular saves to help her team slowly build up a comfortable advantage in the first half. Ana Paula Rodrigues, Eduarda Amorim and Samira Rocha showed their best performance when it was needed the most and this way, Brazil didn’t seem to have any problems with collecting the next title. Right in the first half, the difference reached the 10-goal-mark and at halftime, the Brazilians were up 18-8: they could already feel the trophy in their hands. The second half didn’t bring any changes into the game: Brazil was simply too strong for Argentina that missed one of the most important players Antonela Mena due to injury in the final. The Brazilian defense forced Argentina to make a lot of mistakes and these mistakes were punished by the guests. Brazil’s fast breaks were deadly as the difference kept growing and slowly closed in to 20 goals. Every player got the chance to share the feeling of a final of a continental tournament and the samba was already underway in Buenos Aires: Brazil’s 18-goal victory meant the 10th Pan American gold for Brazil (1997, 1999, 2001, 2003, 2005, 2007, 2011, 2013, 2015, 2017) in the 14th continental competition. Handball still speaks Portuguese in the Americas.

In a nail-biter bronze medal match, Paraguay took the third place against Uruguay (24-22) and the spot at the world championship in Germany. Paraguay was the only team in the competition that managed to cause trouble for the Brazilians. In the group, Brazil only won the first half by one goal and even though the second half was clearly dominated by the Brazilians and the match ended with a 29-15 Brazilian win, Brazil stayed far from the 40-goal mark, for the only time in their six matches. This was Paraguay’s first medal in the history of the Pan American championhips.