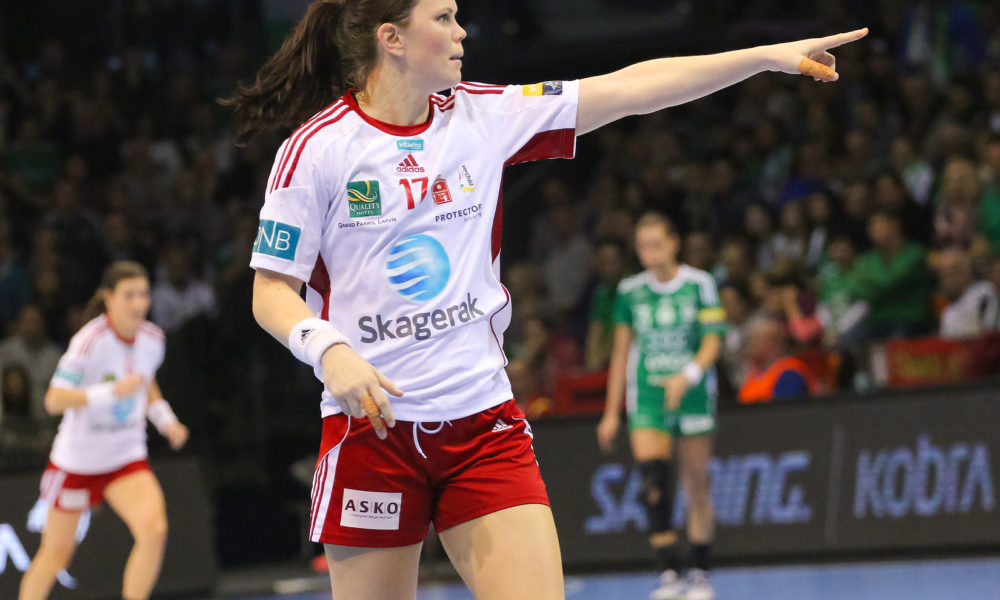 Tine Stange sis one of the most experienced players in the squad/photo: Tamás Csonka
Group C: Larvik HK – a new team is ready to rock

Larvik HK was the best Norwegian club many years in a row, but this season it will be a special one for Tor Odvar Moen and his team. Last year’s squad almost disappeared totally, ten players left the club and new, young, talented players arrived. On the list of those who left we can find names which resonate highly in the entire handball world, Gro Hammerseng-Edin, Anja Hammerseng-Edin and Karoline Dyre Breivang retired from handball, Amanda Kurtovic, Marit Malm Frafjord choose CSM in order to win the trophy, Alina Wojtas is back to Poland, Sandra Toft moved home to Denmark, Alma Hasanic plays for Storhamar now.

The experienced players who will have to carry Larvik on their shoulders this season are Thea Mørk (new team captain), Tine Stange, Linn-Kristin Riegelhuth Koren, the newcomer goalie Guro Rundbråten and Swedish back player Cassandra Tollbring.

Larvik lost their first two matches in the domestic league, but the team managed to gather their forces again and defeated Byåsen in Trondheim in a match with a good dynamic. May not have the best squad in Europe, Larvik is still a main contender to the Main Round and who knows, for one of the best eight spots.

Injuries: rightwinger Hege Løken is back from a long injury break, Thea Mørk is still in recovery after her shoulder injury earlier this year, Kristine Breistøl is always struggling with her jumper knees, so there are a lot of challenges for Tor Odvar Moen to take.