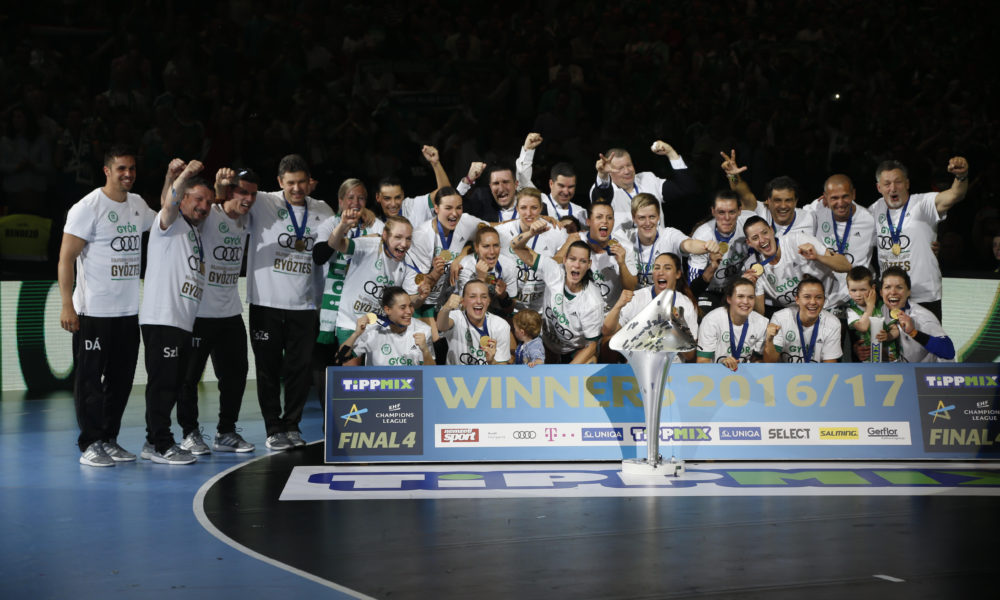 The last edition of the EHF Champions League ended with the victory of Győri Audi ETO KC: the Hungarian champions managed to win the trophy for the third time in the club’s history – and for the third time in the past 5 years. Participating in 3 of the 4 EHF FINAL4 events, Győri ETO has reached the final in all the three times, winning the trophy twice. The Hungarian team has already written history on several occasions and the dream is the same: Győr is aiming to be the first team in history to win the EHF FINAL4 twice in a row. Year by year, they are one of the main title contenders, and this year isn’t any different – and the Hungarian side made some reinforcements during the summer break.

After five successful seasons spent in Hungary, Heidi Löke left Győr, officially in the summer, but in fact, a few months earlier. In October, the Norwegian superstar announced her pregnancy and couldn’t help the team – despite her absence, the Hungarian club went all the way to the trophy. Young players like Dorina Korsós, Gabriella Tóth, Júlia Hársfalvi or Rita Lakatos went on loan to collect playing time and experience, and January reinforcement Asma El Ghaoui returned to Siófok as she didn’t meet the expectations at the CL-winner. On the arrival side, there are some big names. Stine Oftedal left Issy Paris for Győr to fulfill her dream to play in the EHF Champions League, for the first time in her life. This was the same goal for Anne Mette Hansen who arrived from Kobenhavn, but as she suffered a knee injury before the international week, she will probably have to miss the rest of the autumn season – and with this, her debut might be postponed to the Main Round. Anja Althaus has gone an interesting journey before ending up in Győr. The experienced German pivot announced her retirement in a tearful press conference after the CL-final, but when Győr called, she couldn’t resist. During the preseason and the first matches, she was struggling with some injuries, but by now, she is fit and ready to help the team. Her help will be needed a lot as besides the previously mentioned Hansen, Zsuzsanna Tomori (cartilage) and Jana Knedlikova (muscle) are out of play for 4-6 weeks due to injuries.

Group B: Main Round is the minimum for renewed FCM
Vardar defeated FTC in the opener