Group A: hard-fought win for Krim 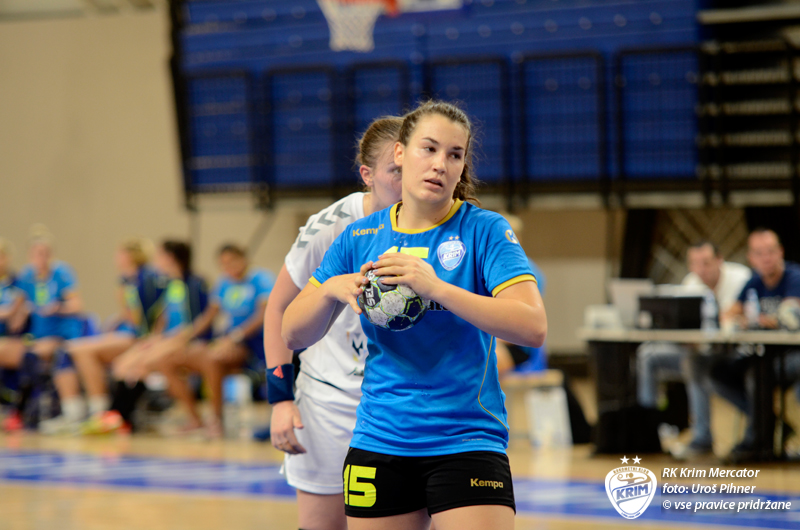 In the second round of Group A in the EHF Champions League, Krim kept two important points at home against Nykobing FH. Already in the early stages of the match, Krim demonstrated that they don’t want to give this victory away as they were the first team to take a bigger lead (5-2). Later on, Nykobing also showed that they wouldn’t like to leave these points in Ljubljana and kept following Krim closely. The Slovenian champions managed to have a slight lead throughout the most of the first half, but in the last seconds of the period, Laerke Pedersen equalized for her team (15-15).

The second half went on in the same way as the first, it was the home team that had the lead. Krim arrived well into this half and with 6 minutes played from the second period, the difference was 4 goals for the first time in the match (20-16). However, the match wasn’t decided yet: in the 50th minute, Nykobing levelled the score and a brand new match was starting with just 10 minutes left from the game (23-23). Both teams had the chance to decide the match in their favor, but in the 58th minute it was Lamprini Tsakalou who managed to score the winner for Krim. In the last 2 minutes, none of the teams netted so in the end, Krim won 27-26 and kept the two points at home after a tough and even fight.