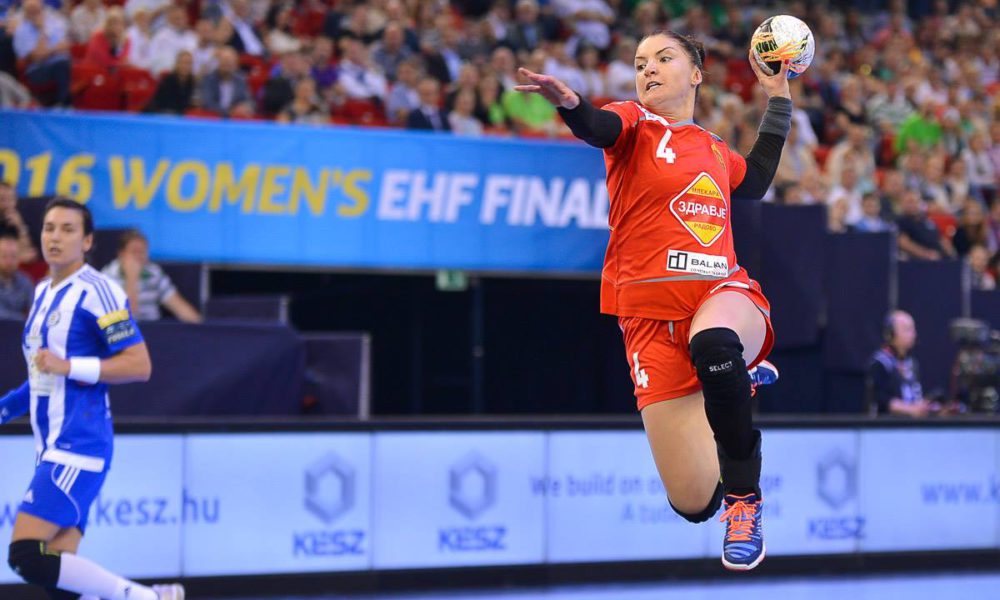 In the second round of the Group C in the EHF Champions League, Thüringer HC met last season’s finalists ZRK Vardar in Nordhausen. The German team has been struggling with injuries lately and despite this, they managed to defeat Larvik in Norway in the first round. On the other hand, Vardar defeated FTC confidently in the opening round in a quite two-faced match. In the match between the winners of the first round, all the odds were on Vardar’s side before the match. In the beginning of the match, THC kept going strong hand in hand with the guests but the first significant lead could be registered on the side of the Macedonian superpower. In the middle of the first half, 6 strong minutes have already put Vardar 6 goals ahead of the Germans (6-12). A double extra player situation brought THC closer to the Macedonians (11-14) but the end of the half was clearly better for Vardar once again. In the last 7 minutes of the half, Thüringer HC wasn’t able to score while Vardar netted several times, so at the end of the first half, the difference grew to 8 goals (11-19).

In the 34th minute, the gap between the two sides was two digits for the first time in the match (12-22). The arrival of Jana Krause to the goal left Vardar goalless for a few minutes, but THC wasn’t able to use this period to decrease the difference. On the other side, some German mistakes and goalkeeper Inna Suslina made sure that Vardar wouldn’t get in trouble. As the outcome of the match was basically decided in the first half, Vardar didn’t really force to run in the second half. The difference was constantly between 9-10 goals that kept Thüringer HC out of sight and without a chance to threaten the Macedonian victory. In the final minutes, THC managed to stay inside 10 goals but Vardar’s victory was in no question throughout the whole match. Vardar collected two points in Germany and is still undefeated.