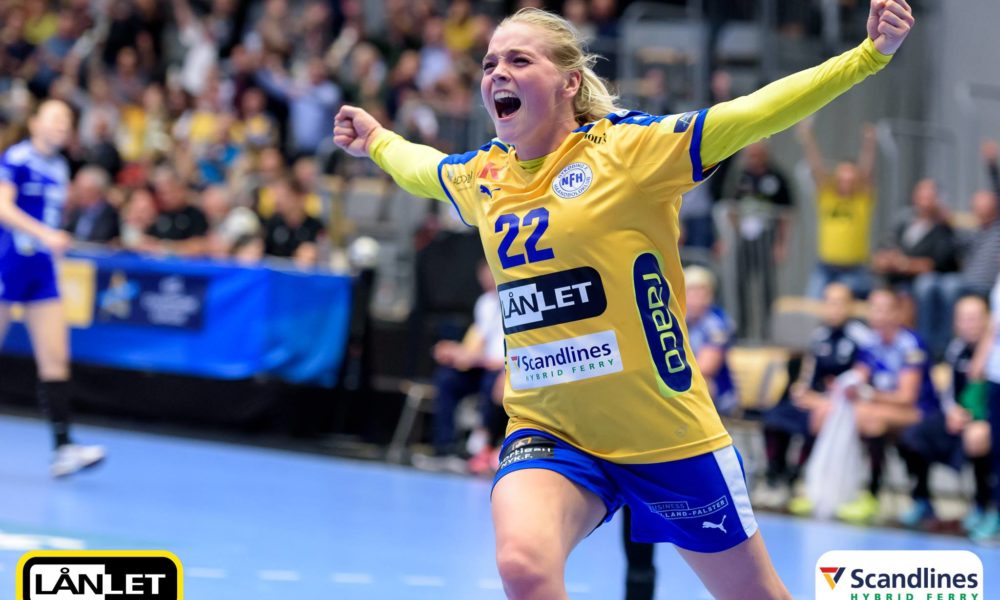 Nykøbing Falster hosted the powerhouse from Romania, CSM Bucuresti, the only and one favorite of this encounter being the team of Helle Thomsen. Danish side started powerfully and took the lead early in the match, 7-4, 9-6, 10-8, and kept it for 25 minutes when guest managed finally to level the game. Leftwinger Lærke Nolsøe Swedish left-back Johanna Westberg were the most efficient players for hosts, meanwhile, Romanians were kept in the game mostly due to Paula Ungureanu’s saving performance (47%) and a better attacking performance from Marit Malm Frafjord and Natalie Hagman. After several timeouts from Helle Thomsen, Bucuresti-girls managed to take the lead in the dying minutes of the first half, leading 12-14, but in the lasts seconds, Nolsøe from leftwing settled the result for the break, 13-14.

In the second half, Nykøbing started with a scoring and leveled the game, 14-14. The two teams had a close race, the result was tight in the first fifteen minutes, with some advantage for Kristiansen and her team, leading 20-18 at the middle of the second half. Helle Thomsen called a new time-out and her team managed to get closer, 21-21 (20.minute). Nykøbing Falster with some inspired offensive moves from playmaker Kristina Kristiansen was again in lead, 24-22 (28.minute). Despite a Romanian time-out, Danes scored one more time, Swedish Angelica Wallen sealed the deal for hosts, securing the two important points with this victory. Final result: 25 – 22