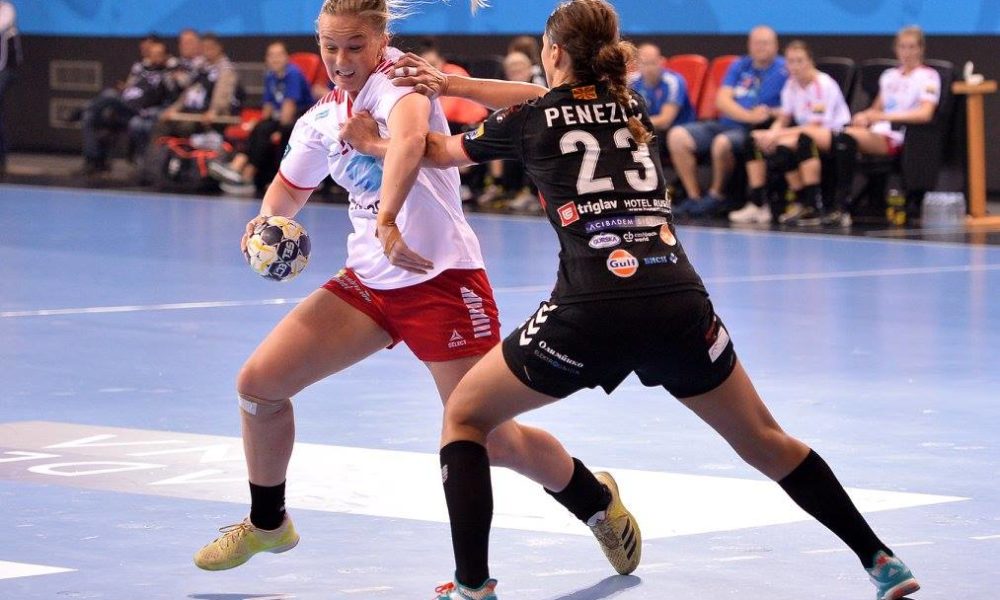 Larvik arrived in Nordhausen, Germany without having collected points in the previous rounds, but their hosts THC have also only two points, won in Larvik in the first round of the group stage. If Larvik manages to win in Germany and wins points against FTC in the last round, so THC  will also be forced to earn points against nobody else than Vardar.

In the first half, Larvik put a solid defense against Germans and with efficient fastbreaks, long distance shooting from Breistøl , Hjertner or Christensen Norwegians managed to control the match and make THC to look like very troubled in their attacks. Eckerle started in the goalkeeper position for THC, but she was replaced by Krause, which helped her team substantially in the second part of the first half. Despite Krause’s good performance, Larvik won the first half 10-14.  Having a good day, Larviks goalkeeper, Guro Rundbråten stopped several German offensive moves and Norwegian team had a high efficiency from the wings as well.

Larvik continued their good play in the second half, keeping their four-five goals advantage, 15-19 (43.minute). Breistøl, Christensen, Rivas Toft, Hjertner or Roth Berglie scored for Larvik, on the other side Luzumova, Niederwieser, Jakubisova were the scorers. Larvik had a five-goals lead for a period, but the dynamic of the match has been turned when Thüringer managed to score some quick goals after Larvik mistakes. Larvik managed to win the match 22-25, but THC still have the advantage of winning with four goals in Larvik.

This group is still open, there are some possibilities for qualification to the Main Round: