Nora Mørk went through tough times this fall, now she is determined to take back the control 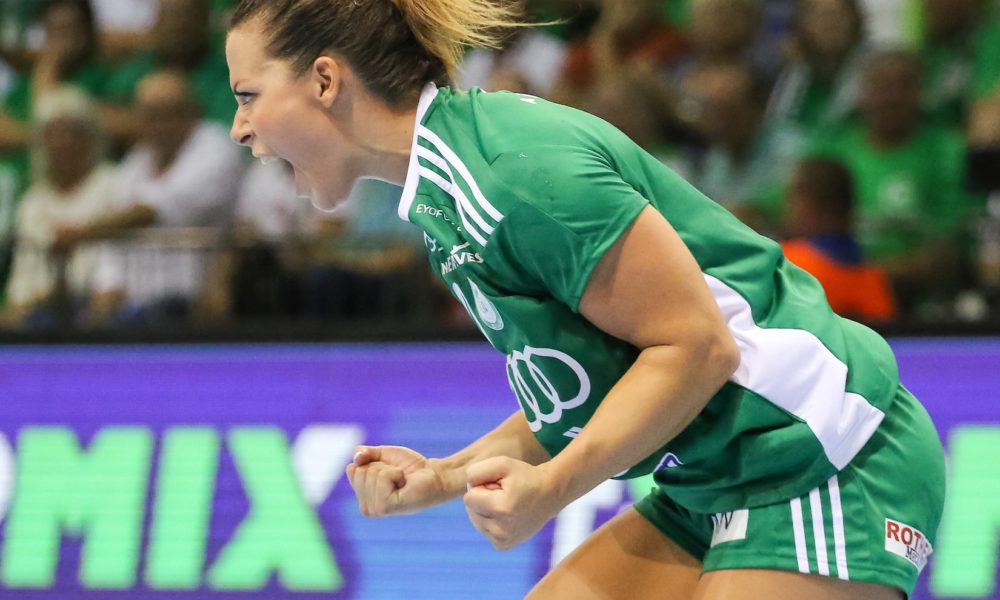 Nora Mørk, as we know her/photo: Tamás Csonka
Nora Mørk went through tough times this fall, now she is determined to take back the control

Nora Mørk was hacked this autumn and her private pictures got spread on the internet. It broke her completely. The cell phone of the 26 years old handball player was hacked two months ago when she was with the national team. Her world has just crushed and she was helpless in this situation. A man in his twenties has now confessed the felony. She was interviewed by tv2.no and she answered in tears.

“When the squad for the World Championship has been announced, I was scared and just wanted to go far away.  I got scared. I’m afraid to be in Bergen for the Möbelringen Cup for a week and be in contact with other people. I was actually thinking to purchase an airplane ticket and to travel to the other side of the world for Christmas. But I realized that if I do so the person who did this will win. And I need to take back the control over my life. On the other hand, handball is my life, I love playing for Norway, I wish to represent my country and I can’t let anyone take it away from me.”

” I know I am not able to stop everything, but I’ve become a person I do not recognize. Some stupid people should not spoil my dream of becoming the world’s best handball player. But I have to admit that it took some time before I dropped to order that ticket

Mørk says she became physically ill and tired after the hacking, had problems sleeping and eating. She also struggled to perform on the handball court. The 26-year-old says she is afraid of how people will judge her.

“I felt physically ill. I struggled to eat and sleep, so it’s hard to get done your job. There have been many injuries, so I feel I haven’t had time to be mentally absent. Still, I do not quite understand that. It has influenced me so much that I have thought about it before and during matches. As an athlete, it’s incredibly frustrating,”-said Mörk for TV2.

In the end, she told about the matter to the club from Győr and the national team. She has received a lot of support and help from them.

“They let me to process this in my own tempo and by myself. I would like to go out with this public, in order to be able to perform fully on the handball court again. In my environment, team, friends have been very supportive. Most girls realize the seriousness and can get into the situation. Guys do not really understand the same way.

“I’m used that people judge me accordingly what I’m doing on the court and my personality. To be judged in a manner that is so private is offensive. It makes me incredibly insecure, afraid, sorry and frustrated. I have said that I do not care what people think of me, but when it comes to this, then of course I do. It’s incredibly painful.

On Friday, she took the decision that she will take back the control over her life, she will go public with this issue and will try to help other victims as well. The result we could see in the match against FC Midtjylland where she scored 13 goals! Nora Mörk show as it was, we all understood that something big happened in her life and in her mind! Nora Mörk as we know was back again! Brilliant, clever, confident, secure and smiling!

“I hope it was 13 steps in the right direction. I do not want to be the person I’ve become. I want to be strong and a good handball player. I’m also really pissed off, so I’m going to transform it into a positive energy and use it on the court!”

About WCh in December:

” I hope I can perform at my best level and I will do everything to play well. I am insanely pissed off so I will take this out on to the handball court, no doubts…”

On Monday, 13th November 2017 Nora Mørk had a meeting in the Norwegian Parliament with representants of the Justice Departement of Norway. There she told her story and expressed her wishes that these types of felonies must be punished harder in future. She wants to help others, young girls who had the same experience, got victims of picture stealing and encouraged them.

Nora Mørk was supported by her sister Thea Mørk and former handball player, a team-mate in Larvik and the national team, Gro Hammerseng-Edin.