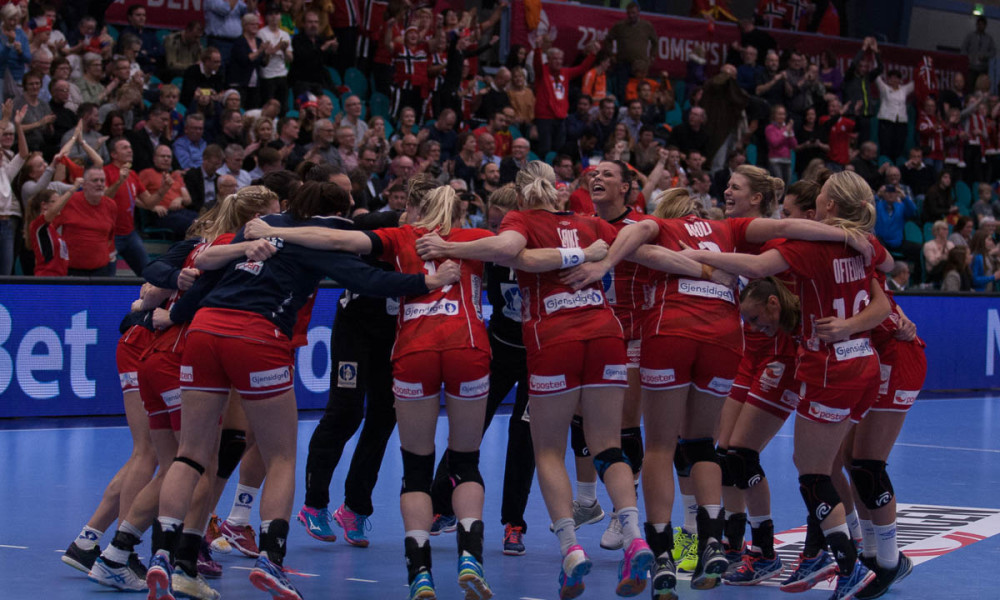 Best players of the match: Daria Dmitrieva (RUS) and Stine Skogrand (NOR)

The match between the Olympic champion, Russia and the European- and World Champion, Norway could be counted as the final of the Møbelringen Cup 2017. Both teams showed a good form in this preparation tournament, so an exciting game was to wait for. Leftwinger Sanna Solberg played today her 100th match for Norway.

Norway opened with Lunde, Brattset, Herrem, Oftedal, Kristiansen, Kurtovic, Skogrand and they took a flying start 3-o with three fastbreaks. Russia stuck to the hosts and scored quickly three, 4-3. It was the game of two very quick teams, running both ways and scoring on fast breaks. Managarova, Vjakhireva, Dmitrieva and Vedhekina were the main scorers of Russia, meanwhile, Norwegian goals were shared by Herrem, Brattset, Oftedal, Skogrand and Kristiansen.  Russia had the lead once in the first half ay 6-7, but Norway took back the lead and increased it to 12-9, 14-10. In the dying minutes of the first half, Russia managed to reduce the gap, the first half ended 14-13.

The second half started with Russia leveling the game, 14-14 and even if hosts scored always for the lead, Russia managed to stay close, to equalize and to take the lead 17-19, 18-20, 19-22. Daria Dmitrieva was playing a fantastic game again, she was the real leader of Russians, meanwhile, Norway had Nora Mørk and Heidi Løke replaced Kari Brattset in the second half. In the offensive phase, the cooperation between the two was again outstanding, Løke scoring several goals, got three seven meters and suspensions for the opponent. It was obvious that Trefilov instructed his team to keep tight Løke, and this act consumed a lot of energy at Russian defense. Russia was still in a two-goal lead at 24-26, but Løke fixed 25-26 and with a seven-meter throw gave chance to Mørk for leveling the game 26-26. Hosts managed to take the lead again when Heidi Løke put the ball again in the Russian goal, 27-26, but Kurtovic missed a seven-meter and right after that Kochetova equalized 27-27. Both Norway and Russia had the opportunity to win the match, but both teams failed, so as a practice the two teams took a penalty shoot-out.

Hungary led by Görbicz, defeated Korea after thriller
French squad for the World Championship in Germany