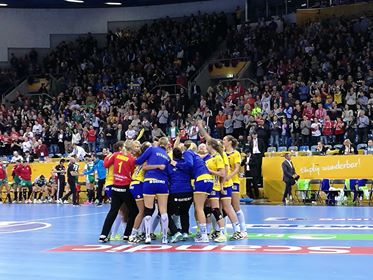 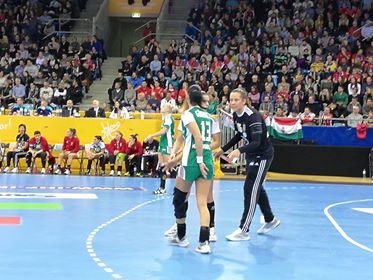 Sweden started the encounter with a slight two-goals lead, 1-, 2-4, but Hungarians managed to level the game shortly after this, and even take the lead 6-4. Hungarians failed to score on two seven meters against Johanna Bundsen, but a good performance of Kinga Klivinyi made the team score from other situations and stay close, 7-7 to Sweden.  Both teams were determined to take two points here, now Sweden managed to fight back and take the lead 8-10 (26.minute). Hungary with two players down managed to level the game at 10-10, due to Blanka Biro, saving at high-level in this game. The best player for Sweden in this half was Jamina Roberts, meanwhile for Hungary Klivinyi and Biro made a good first half.

The second half was opened stronger by Swedish part, with Bella Gulldeb on fire, scoring twice for a 12-14 Scandinavian lead. Johanna Bundsen improved in goal since the first half and Hungary made several mistakes in the first five minutes. Kim Rasmussen called a time-out to stop the Swedish storm, but Jamina Roberts increased the lead to three goals, 12-15 (38.min).

Hungary managed to come to good chances but never could reduce the gap enough to be able to level the game. Some mistakes, suspensions against Hungary and a good working Swedish attacking play led by Isabelle Gullden made the difference to a constant three-four goals for Sweden. Hungary tried everything in the dying minutes of the match but Sweden defended their advantage wisely and managed to collect these two important points, winning 22-25.