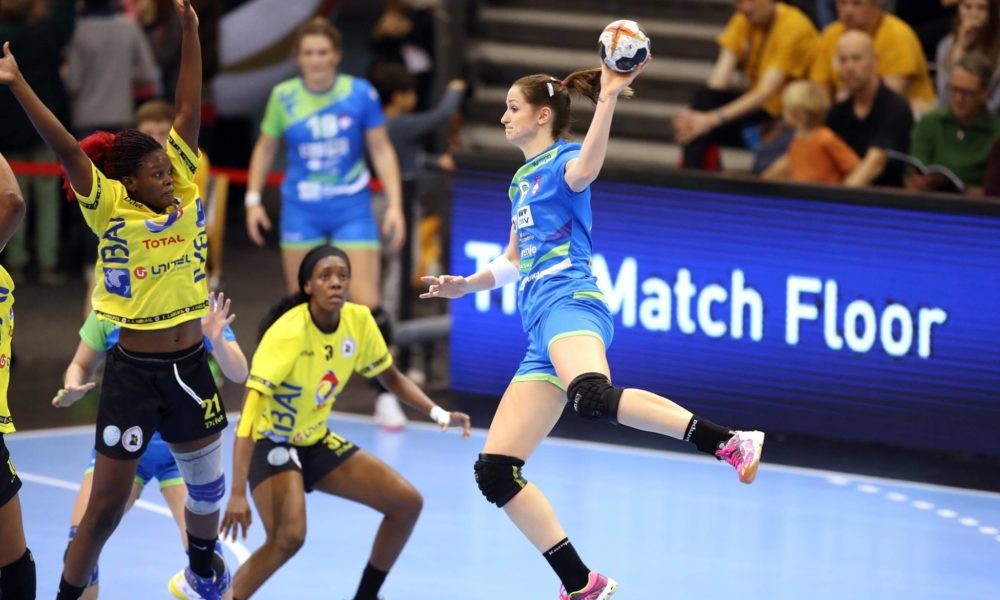 Angola has proved once again that they can hold the level of the European teams, but not throughout the whole match.Against Slovenia the girls of Morten Soubak managed to keep the result even in the first half, leading the game in the first 6 minutes, 3-4, when Slovenia equalized and took back the control, 8-5, 9-6. Angola fought back due to the scorings of Carlos and Paulo, 9-9.  Slovenia made several fast breaks, scoring easy goals when Nelly Irman got the balls on contra phase after the mistake of the opponents. The first half ended 15-15.

The first ten minutes of the second half were very close and balanced, the match looked like a race, both Slovenia and Angola was in lead, 16-17, 18-19. Slovenia took over in this period, leveled the game and took back the lead, 22-20. Vrcek, Amon and Irman kept their team in the game, while on the African side  Cassoma, Kazanga, Guilao were the scorers. IN the last quarter of the game Slovenia accelerated as Angola got tired and Gros, Stanko, Vrcek, Irman or Vucko netted for Slovenia in order to collect their next points in this game. Final result: 32-25.

First Hungarian victory in the competition
Paraguay defeated by France