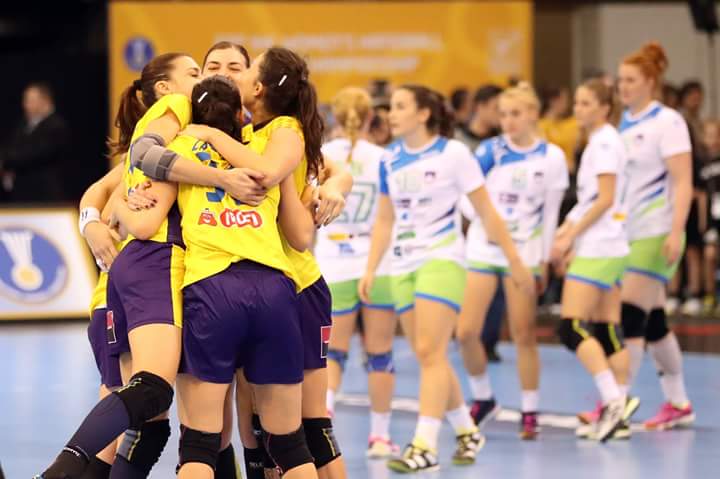 In Group A in Trier, Romania met Spain in the third round of the world championship. The match could be special for Romanian head coach Ambros Martín – the Spaniard led Romania against his compatriots. Spain started better but then, after leading by two goals (4-6), Spain stopped scoring. Romania was pulled by Cristina Neagu and while Spain was unable to score for almost 18 minutes, 5 Romanian goals remained unanswered by the Spaniards. Both goalkeepers showed some great saves and it was mostly thanks to Silvia Navarro that in these 18 minutes of no Spanish goal, the Romanians couldn’t build an even bigger advantage (9-6). In the last seconds of the first half, Mireya González broke the Spanish “curse” that gave hopes for the Spanish team for the second half. With 3 goals in the beginning of the second period, it was Spain again to be in front (9-10) and even though Romania managed to stay close behind or to equalize, the Romanians couldn’t take the lead in the second period. Cristina Neagu kept scoring and showing why she is the most important player of her team, and like in the first half, it was Romania again that could use the final minutes better. Spain wasn’t able to score in the final 5 minutes while Romania netted three times – this meant two important points for the Romanian team in an exciting match with a very low amount of goals.