Serbia and the Netherlands share points, Korea confident against Cameroon 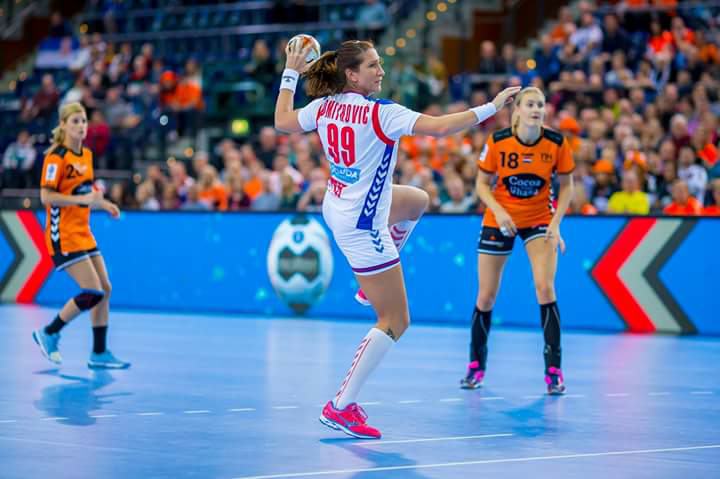 The Group Stage of the IHF Women’s Handball World Championship is slowly coming to a decisive part, and in the battle for the first place in Group D, current leaders Serbia met the Netherlands. Previously, Serbia drew against Germany and defeated Cameroon and China, while the Netherlands suffered a surprising defeat against South Korea, but later they overcame Cameroon and China confidently. Serbia started better and especially Marina Dmitrovic was on fire: she scored the first 4 Serbian goals all alone. The first half brought an even fight but after the 20th minute, the Dutch team managed to take the lead (11-12) and a few minutes later, they had two goals of advantage for the first time in the match (12-14). However, the end of the half was better from the Serbian side as they managed to equalize until the halftime whistle (15-15). In the second half, the Netherlands started stronger and took the lead, but this period only lasted for about 10 minutes. After 40 minutes played, Serbia slowly overtook the control over the game and the difference grew to 3 goals (24-21). The Dutch team couldn’t decrease the gap significantly and minute by minute, Serbia was closer to collect both points. Marija Colic was showing an extra performance in the Serbian goal that helped her team keep the lead and took the confidence of the Dutch shooters, while on the other side, neither Tess Wester, nor Jasmina Jankovic performed outstanding. Serbia entered the last five minutes with a 3-goal lead that put them in a good position but there was still a turn left from the Netherlands. The Serbs failed to score in the last five minutes but the Netherlands did three times – the match brought a thrilling ending and after the equalizer of Nycke Groot in the last seconds, the Dutch team could be happier with the one point (27-27).

In the other match of the group, South Korea defeated Cameroon without problems.