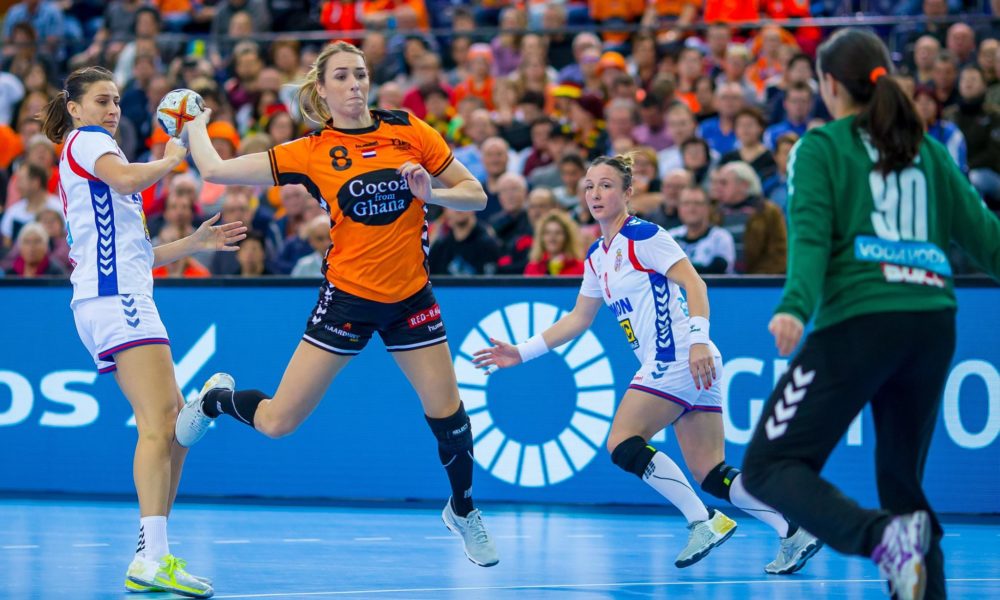 Group-final has been scheduled today, between hosts from Germany and Netherlands. German team made a replacement in the squad, goalkeeper Dinah Eckerle came in and line player Antje Laurenroth was sat out. Germany had good results until now in this competition as the organizer, meanwhile the Dutch team had problems, did not find their play, lost against Korea and struggled against Serbia. Today Helle Thomsen sent out her team much sharper than in the matches before, and we can say that the World Championship has begun today for Netherlands also. They were sharp from the start, fluent in their offensive play and good working defense and goalkeeper performance, Germany had no chance as the team led by Groot and Abbingh took a clear victory.