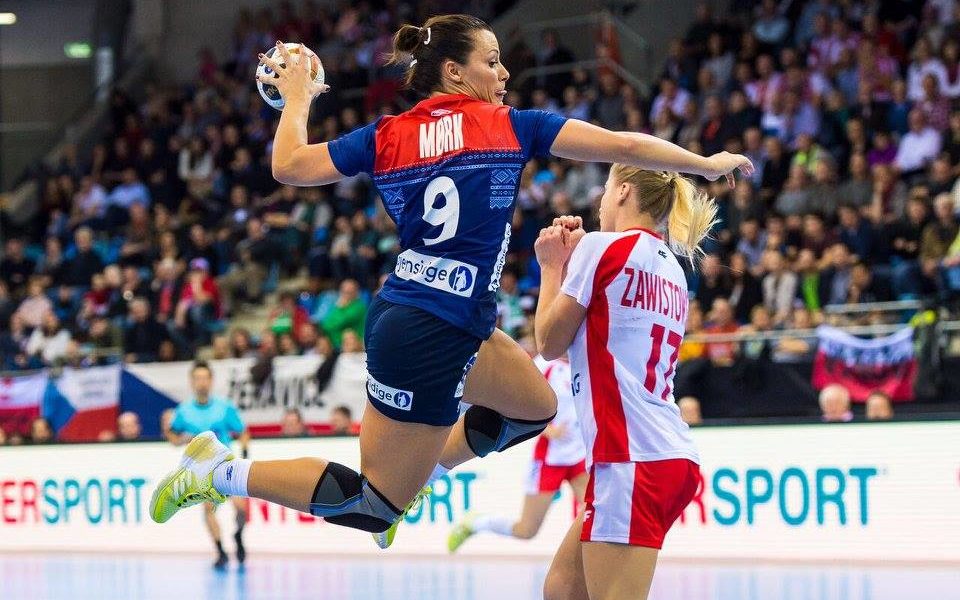 In the last quarterfinal of the IHF Women’s Handball World Championship, Norway met Russia in the re-match of the Olympic semifinal. Before the match, it was seen as an ‘early final’ of the whole competition as these two teams have showed convincing performances throughout the whole tournament. Still this match, there was only one team on the court. Norway started strong with a great performance from Nora Mörk and Katrine Lunde. After less than 15 minutes gone, the Olympic champions were already six goals behind (8-2). The arrival of Anna Kochetova brought a new color to Russia’s game – after that, they scored four goals in a row to decrease the gap to 2 goals for the 20th minute. In the last 10 minutes, Norway left the Russians behind with a 5-0 run inspired by Heidi Löke and Stine Oftedal (14-7). Head coach Evgeny Trefilov tried to wake his team up in his usual radical way but it didn’t work either. This difference remained until the halftime whistle and the Russians would have needed a radical change not only from their, but from the Norwegian side as well (15-8).

The second half didn’t bring this change: in the 34th minute, the difference grew to two digits for the first time in the match. Norway was clearly superior and the difference was clear to see in every element of the game. The Norwegians were enjoying the match and after a while, Evgeny Trefilov gave up yelling. Norway did on the court whatever they wanted to do, their excellent and disciplined game was supported by some great individual performances from the keepers and the field players as well. Russia had no response for the confident and fast way that Norway was playing – they were seemingly a lot slower and after a while, less motivated than their opponent. There was no stopping for the defending champions: the difference kept growing constantly between the two sides and Russia was smashed by a very confident Norway. The biggest difference came in the time of the final whistle (34-17), Norway scored twice as much as the Russians. The only question is: is there any team that can stop this Norway?