France set the final against Norway 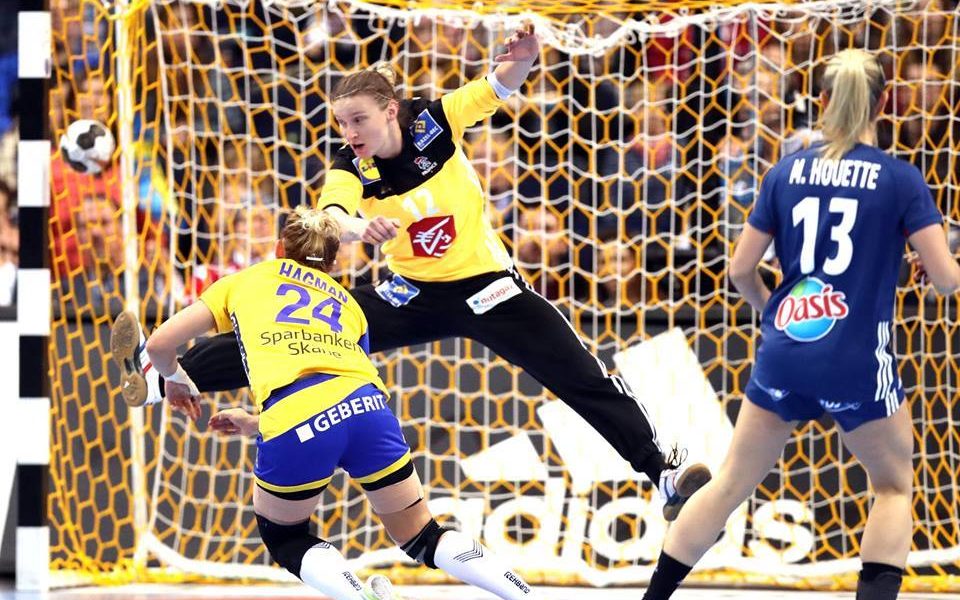 The IHF Women’s Handball World Championship has come to the most important stage of the competition. After Norway defeated the Netherlands in the first match of the day, it was Sweden’s and France’s turn to decide who will face the defending champions in the final. After the first 10 minutes, France took control of the game, mostly inspired by Alexandra Lacrabere, and after 20 minutes, the French players were putting themselves in a comfortable position by a 4-goal lead (6-10). Even though France didn’t really have a great level of attacks – Alexandra Lacrabere scored 4 goals until the 20 minutes mark -, the defense was strong as usual and Amandine Leynaud showed a great performance in the goal, such as in the quarterfinal. Sweden was struggling a lot in attack, even though Filippa Idéhn tried everything in the goal to keep her team in the match. After the 4 goals difference, Sweden turned to the speed that was seen from them in the past games: in 6 minutes time, they made a 6-0 period to turn the game in their favor (12-10), led by Nathalie Hagman. In the last minute of the half, Allison Pineau managed to break the Swedish run and even though France had the chance to equalize before the halftime whistle, the last shot was blocked so Sweden was one goal ahead after 30 minutes played (12-11).

In the beginning of the second half, France took back the lead (13-14) and just like in the first half, they were opening up the gap. Sweden’s top player Isabelle Gulldén had a bad day and this was clear to see on Sweden’s game, even though Nathalie Hagman and Jamina Roberts were effective. With a 4-0, France put themselves a lot closer to the final entering the last quarter of the game (15-19). Sweden reacted to this with a 4-0 too, this time, besides Hagman it was Johanna Westberg that pulled the team in this period. It was Allison Pineau again that managed to stop Sweden in their big run, but with less than 5 minutes left from the game, Bella Gulldén’s second goal meant the lead for Sweden after a long time. The last minutes promised a lot of excitement and Leynaud proved with some spectacular saves that she is ready to give her team the chance to win. Sweden didn’t manage to score in the last 4 minutes while France scored 3 times – this meant France could celebrate reaching the final (22-24).

Kristiansen: “Nothing is granted, our mental strength and physical shape make all happen…”
Jamina Roberts: “It would be fantastic to have a bronze medal here”