Krumbholz: “Norwegian defense could give us some possibilities” 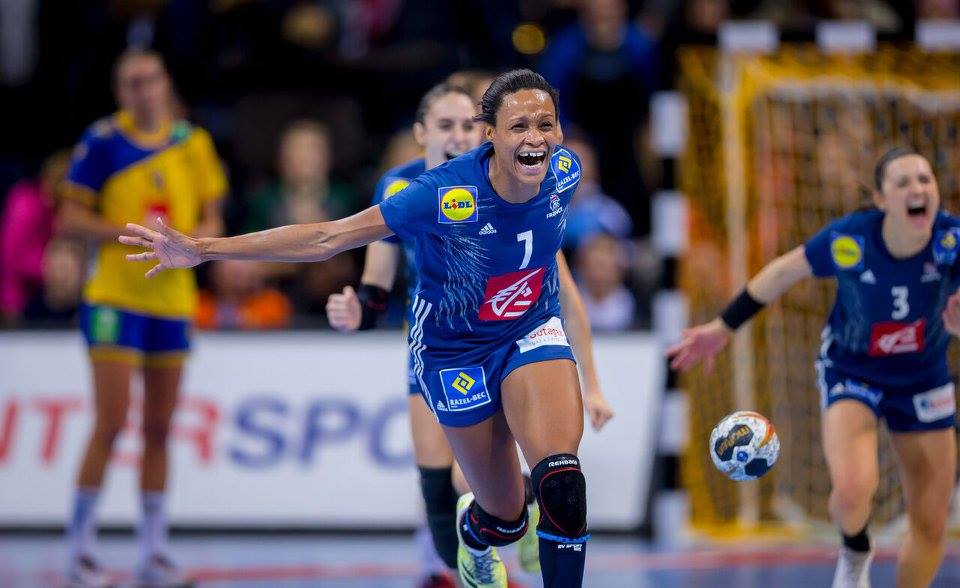 photo: IHF official
Krumbholz: “Norwegian defense could give us some possibilities”

After the semifinal between Sweden and France won by France 22-24, we spoke with Siraba Dembele, Allison Pineau and Olivier Krumbholz.

“This match was living its own life and so much had happened in the last minutes that I don’t really remember everything in details, I just know that was very close, we made some mistakes but we stay focused and managed to get this victory. After all, our defense and Amandine Leynaud was the key today for winning this match.

“This is a match which starts from fifty-fifty, both teams had the same chance to win and we will be there, our team has the motivation and the desire to win a final. We know that Norway is an amazing team but we won’t go into this fight without the willingness to win.

The last time France has played in a final at the World Championship was in 2011 against…Norway. Siraba wants to revenge!

“We are very happy to win this semifinal, it was a tough game, we had a lot of difficulties at the start of the match but we managed to improve and settle a good defense in the beginning of the second half. In addition, we had help from our fantastic goalkeeper, Amandine Leynaud, performing at a high level. In the evolution of the match was important having many players with a lot of experience in our team, as we were behind, but in the last five minutes, we managed to turn over the result and to win the match.

About the final against Norway

“Norway is on an amazing level, the play a special game, with not very tall black players, but they have a fantastic speed in their game and their fastbreaks are working also very well.

“In opposition, their defense has some lacks we could explore, so I can see some possibilities there, we have to prepare and we will not give up, our fighting spirit will be very important.

“I am very happy about the result tonight, we played a tough game against Sweden, as we have expected. Our goalkeeper made a great match, helping us a lot, she is on her best level and age right now, so I am not so surprised that she is showing that kind of performance. I have a lot of emotions right now and  I am very proud of my team.

About the final against Norway

“I would say that Norway is Norway, even if Sweden beat them in the group stage. They have already played so many finals in their history, they have the experience how to do that right, so in my eyes, they are the favorite of this final. But still, France will give their best, as this is a final and we, of course, want to win it. Regarding the tactics, we will have some possibilities, we also have a good chance, but I have to say that they are the best to win the finals.

Jamina Roberts: “It would be fantastic to have a bronze medal here”
Hours before the final Norway makes changes in the squad