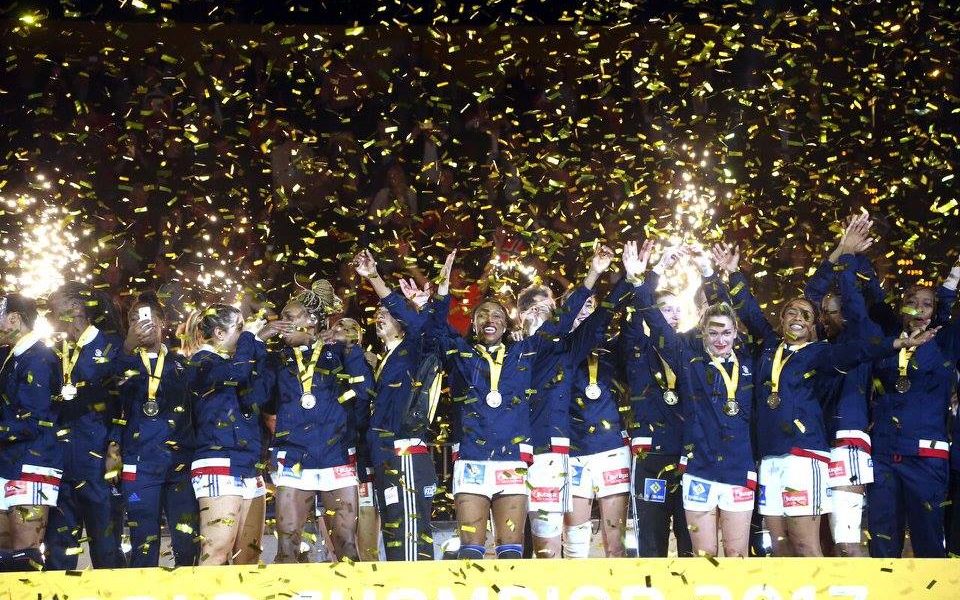 photo: IHF official
Krumbholz and Hergeirsson about the final

“We are very happy to win the title. We played a tough game where the best defense played against the best attack in this World Championship, the atmosphere in the arena was fantastic also.

“Our defense was very strong and solid with Camile Ayglon-Saurina and Beatrice Edwige in the middle, we had the best goalkeeper of the competition today, Amandine Leynaud had a fantastic competition, especially in the end of the tournament she helped us enormously. I have to congratulate my players, they were very stable at the end of the game, but players with a lot of experience managed to solve this task after long years when they had to gain experience in terrible moments like in London in quarterfinals, but today they did a fantastic job.

” I am disappointed to be defeated here by France, but in this match, France made us see some of our lacks, related to goalkeeper play and black players, if they don’t have the day so we are in trouble. We won the silver here with our performance and this is a disappointment, but have to see what is the positive to build on. Nothing is granted in a World Championship and we have to be grateful to be able to win a medal.

” France had maybe the best defense, but our defense was not bad either, we received only 23 goals. The biggest problem was that our goalkeepers did not have the day today, and the French goalkeeper, Amandine Leynaud made a great match today. This was crucial for the dynamic of the match.

” I think that we can learn a lot from this game, we made a good championship, we had a lot of challenges on the way, the players had worked very hard and dedicated, but in this last game we did not manage to play on our best level and that is important in finals. France was two goals better than us, they’ve got a deserved victory and they deserve the title.

” We will learn a lot about these matches after looking them, we will continue to work, next years we will play a lot against them, because we have a good cooperation and if you play against the best teams so you are pressed to get better.

Nze Minko: “We killed the Norwegian fast-breaks and our defense was disciplined”
Macedonia and Germany shared points