Drammen HK is the Norwegian Cup winner on the men competition 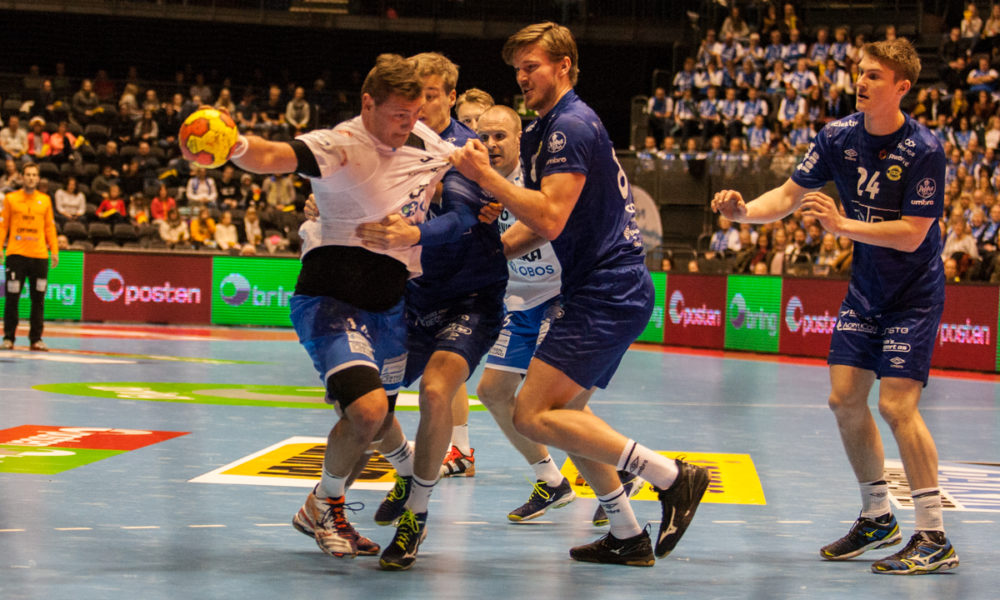 The junior teams on men side played there final earlier in the afternoon and Nærbø won the title in front of Haslum.

The final between Drammen HK and Bodø HK has brought the encounter of two head-coaches who both experienced earlier the atmosphere of Oslo Spektrum as players in the Norwegian Cup-finals, as Kristian Kjelling (Drammen HK) and Børge Lund (Bodø HK) had both played here earlier.

The match started with a better Drammen team, with good goalkeeper performance from Holm and killing fast-breaks with Joakim Hykkerud on the top, scoring several times. Drammen was in lead during all the first half, with 2-3 goals and even if they failed to score in the last ten minutes of the first half, they managed to keep their advantage and go to the locker-rooms with 11-12.

In the second half, the play of Drammen worked better, with more fast-breaks, scoring from wing positions and still improving goalkeeper performance. At the middle of the second half, Drammen increased their advantage to six goals, 16-22 and even if Bodø managed to make it closer at the finish, they never managed to trouble the opponent. Final result: 23 – 28.