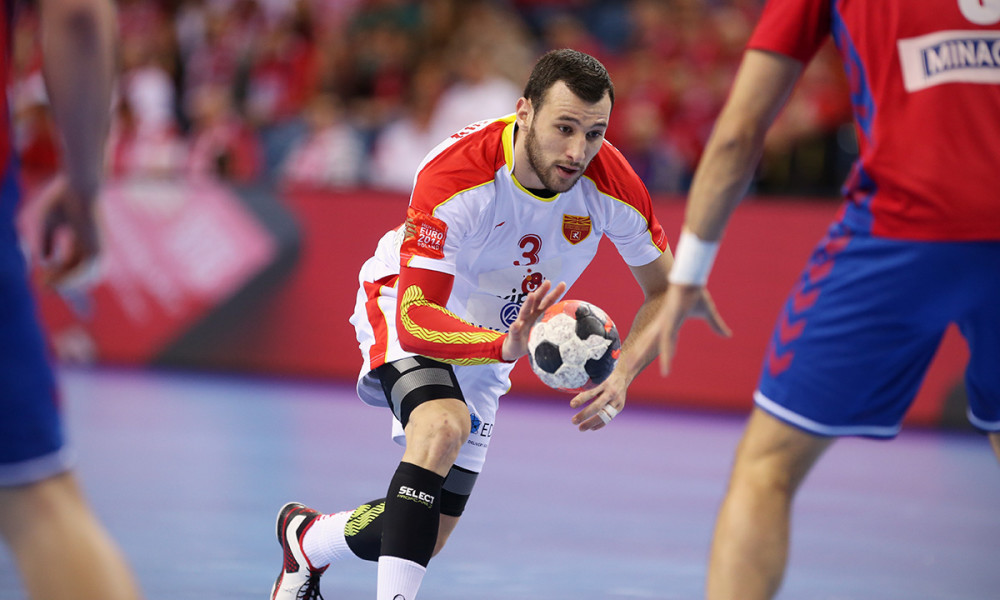 Slovenia had arrived in Croatia without two of their most important players: line player Matei Gaber and Jure Dolenec are both injured and head coach Veselin Vujovic had to put together a squad without these two profiles. In their first match, Slovenia met Macedonia with Kiril Lazarov still in business. Slovenia started better, were in a slight lead at the beginning than at 5-7 the score was frozen on the screen for long minutes as both goalkeepers had their moments, Skok and Mitrovic had a good performance, over 50%.Slovenia managed to take the first step and increased the advantage  5-8, but FYR Macedonia fought back and the first half ended 11-11.

In the second half Macedonians continued the attacking flow and managed to take the lead quickly after the start, 15-11, 16 – 12. Than Slovenia tried to fight back and the match became a thriller from 17-17 (44.minute). The score was mostly equal, 18-18, 19-19, 20-20. Blagotinsek had a good period scoring three Slovenian goals but Ristovksi replaced his younger colleague in the Macedonian goal and he managed to stop some Slovenian attacks. Slovenia had the lead again at 22-23 and 23-24, but Macedonia leveled the game again, 24-24 than Filip Lazarov has scored the goal of the victory, 25-24. Slovenia lost this game twice, once in the last minutes of the first half, then in the last five minutes of the second half.