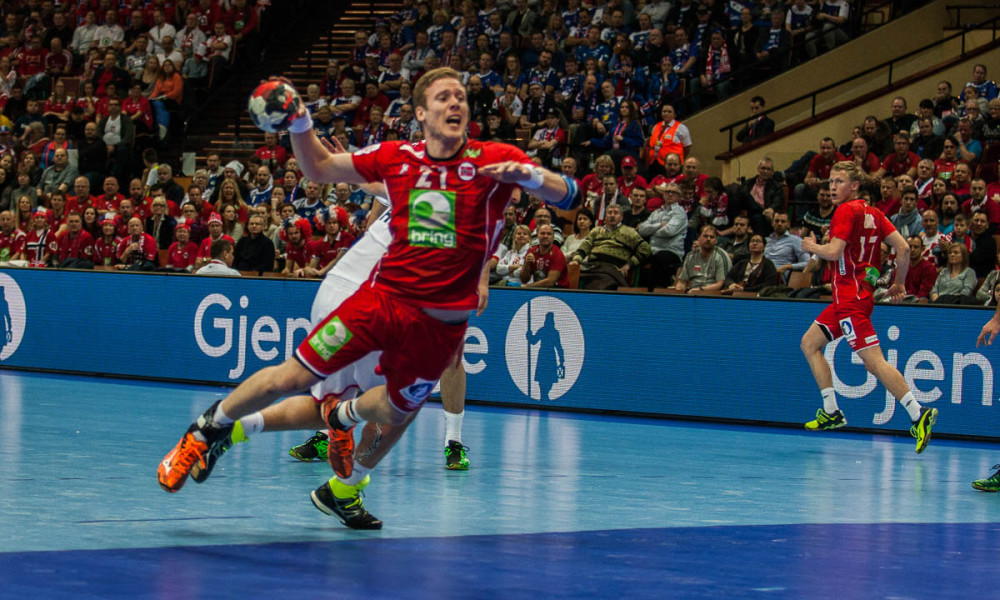 After being defeated in a close match by France, Norway had to win the game against Belarus in order to keep open their chances to qualify for the semifinals.

In the first half, Belarus did not give any gift for the Norwegian team, a good goalkeeper performance from Saladtsenka kept Belarus in the match, but they had problems against the Norwegian defense. Despite this Belarus played a good pace, surprisingly quick and precise. Norway had again a well playing Tønnesen, Gullerud, and Bjørnsen such as the team of Christian Berge could take the control of the match and lead all the way. Halftime result: 15 – 12.

In the second half, the fight continued, but Norway proved to be stronger. Bergerud has improved his performance in the goal, Sagosen and Johannesen were dangerous on the opponent’s goal, Belarus could just hold the 4-5 goals difference and try to chase Norway. At the end, Norway won comfortable 33-28.

Player of the match: Thorbjørn Bergerud (NOR)