Czech Republic qualified to the Main Round, Hungary out 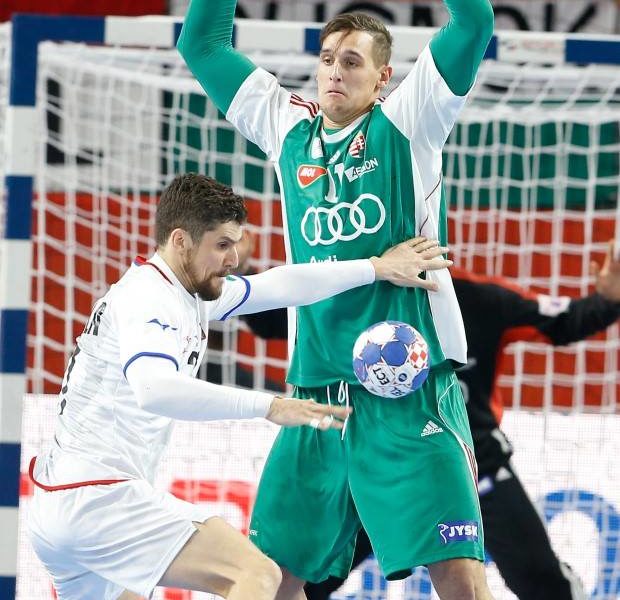 photo: MKSZ/ Kovacs Aniko
Czech Republic qualified to the Main Round, Hungary out

In the last round of the group stage, Hungary met the Czech Republic and the team of Ljubomir Vranjes desperately needed a victory (with more than four goals difference) in order to secure a qualification to the Main Round. Vranjes made two replacements in the squad, leftwingers Adam Orszagh and David Fekete replaced Iman Jamali and Uros Vilovski. This made the experts think that Hungarians will operate with wing players. The Czech Republic came to this encounter with two points in their pocket after defeating Denmark in the previous round.

The first half started better for Hungary, having the lead 1-2, 2-4, but Czechs did not let their opponent to increase their lead and they equalized 8-8 after they were chasing Hungary all the way. This was the turning point for Zdrahala and company, the Czech Republic taking the lead, 11-9, then exploring a more than ten minutes goalless Hungarian period they increased the lead to 15-10 and finished the first half 15-11. Galia made a fantastic first half in the Czech goal, meanwhile, Horak collected two 2 minutes suspensions and Petrovsky was eliminated with a direct red card. Hungary seemed clueless for long periods in front of the Czech defense and they were not helped by their goalkeeper either.

In the second half, Hungary managed to improve their attacking play for some periods, when they reduced the gap bu fast scorings. Bartok, Lekai, and leftwinger Fekete were the main scorers of this half, but the Hungarian goalkeeper performance was still missing. The Czech Republic was led by Ondrej Zdrahala with an extraterrestrial performance scoring fourteen times. The Czech Republic collected four points and march to the Main Round, is one of the surprises of this EURO.