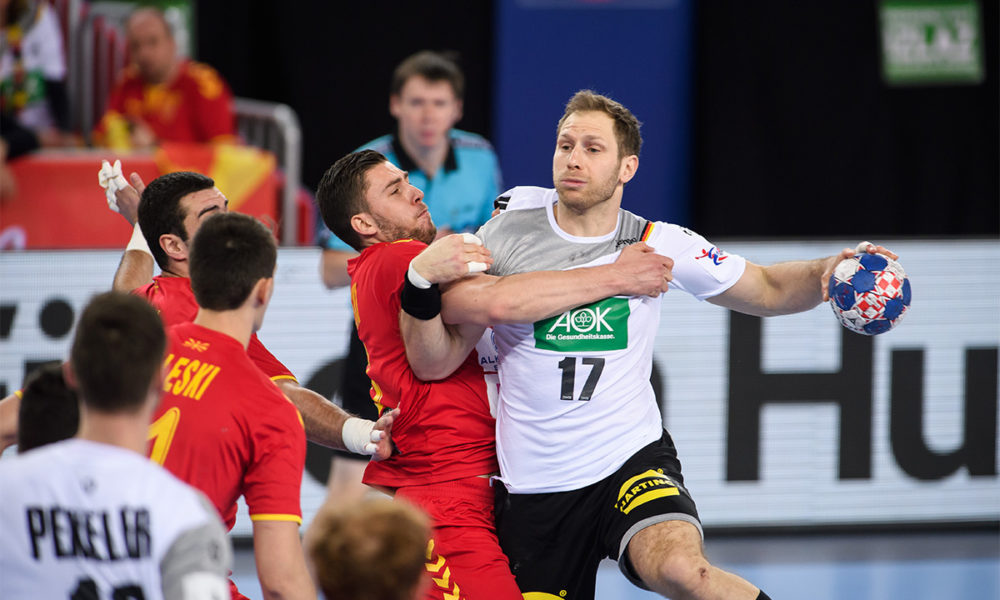 Germany made a replacement before the game, Finn Lehmke came in replacing Bastian Roschek. Macedonia started better the game leading 2-5, but Germany managed to come back and to make the match sharp and balanced. Andreas Wolf and Ristovksi made a good game in the two goals.Germany won the first half after hard fight 12-11.

In the second half, the match was as close as in the first, both teams showed a big desire to collect the two points here. Macedonia had a slight lead during the entire second half, but the match ended a draw at the end, 25-25. Both teams had the chance to score the goal of the victory, first Macedonia had the ball, but Heinevetter saved Stojlov’s shoot from the line, then after a time-out, Germany had eleven seconds to score, but they made a mistake and the chance was gone.

Czech Republic qualified to the Main Round, Hungary out
Denmark defeated Spain