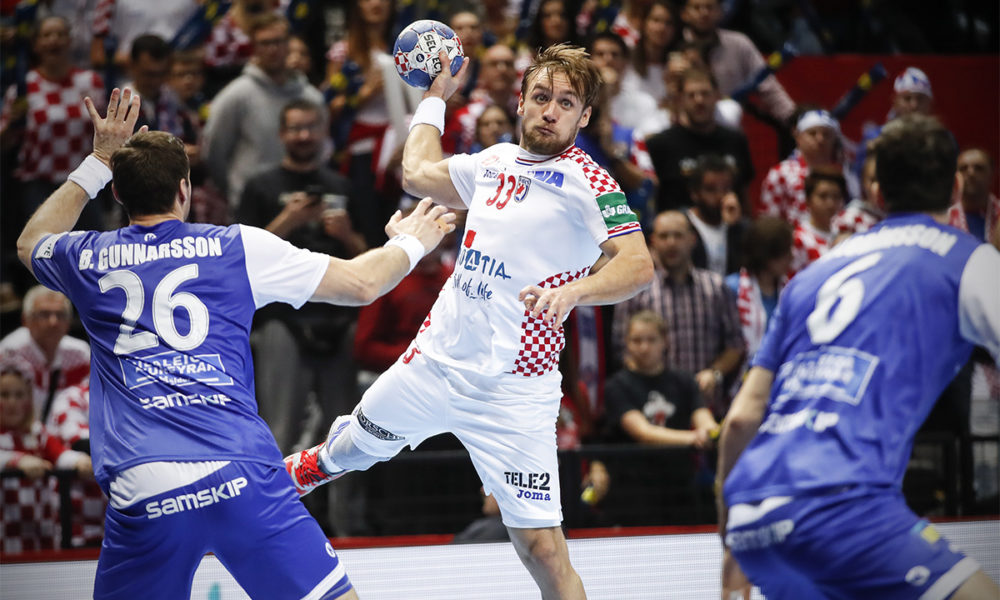 In a fully crowded Arena Zagreb Croatia started the match as a real host, trying to satisfy their 16000 fans and take the lead 6-3, 7-4. Stevanovic had a great start in the Croatian goal, saving in clear situations against Myrhol, Bjørnsen, and Sagosen. Cindric, Mamic, Musa, and Stepancic are the main scorers for Croatia in this period, Norway is kept in-game by Sagosen, Bjørnsen, and Tønnesen. Three-goal Croatian lead 12-9, 13-10, but Norway managed every time to reduce the gap. Norway struggled in defense and Bergerud had no good game in the Scandinavian goal, replaced by Christensen for the last minutes. Halftime result: 17-15.

Norway was the team starting better the second half, with a Bergerud-saving and reducing to one-goal the gap. But Croatia was highly motivated by their fans and their attack worked very well, Norway struggled in front of the Croatian defense and continued to miss in clear situations. Croatia had their advantage but in the middle of the second half, Cervar’s team gained a four-goal advantage, 24-20, when the Norwegian head coach called a time-out. Norway managed to reduce, but Croatian defense was strong, the goalkeeper had a good day, Norway had the opposite of all. 28-24 had Croatia when they got two 2-minute suspensions on Vori and Stepancic, but Strlek stole the ball and scored for a five-goal lead, 29-25, later 30-25. New Norwegian time-out was meant to stop the Croatian wave and Luka Cindric. It proved to be useless as Croatia defended their lead and won the match in a safe manner, 32-28.

Player of the match: Manuel Strlek(CRO)

Load More... Follow on Instagram
France closer to the semifinal when winning Sweden
Denmark with important victory against Germany