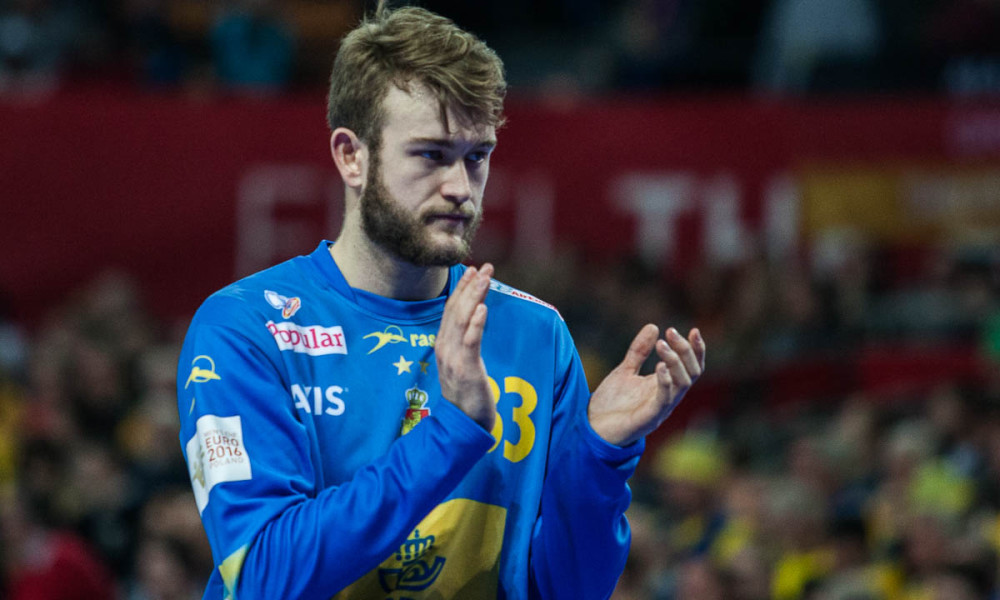 In the Main Round of the Men’s EHF EURO 2018 in Croatia, Spain met FYR Macedonia on Sunday evening. The Macedonians have caused troubles to the big teams so Spain couldn’t take the match easily before the game. The Spaniards started the match this way: focused and strong, and they didn’t give their opponent a chance in the first minutes of the game (1-6). With less than 10 minutes played from the match, Macedonian star Kiril Lazarov was out with injury and couldn’t continue playing – this was a big blow for the Balkan team that wasn’t standing too well regarding the score either. Behind a solid Spanish defense, Gonzalo Perez de Vargas made some saves while the Spaniards kept scoring in attack so the difference was constantly growing between the two sides (5-12). With a more than 10 minutes silence from the Macedonian team, the gap was already 10 goals in the first half (5-15) and the match was eventually decided after 30 minutes played (6-15).

The second half didn’t bring any change in the flow of the game: Perez de Vargas’ saves gave chance for the Spaniards to score easy fast break goals and the difference was moving constantly around 10 goals. There were no signs of a comeback from the Macedonians, even though the second goalkeeper Nikola Markovski entered the game with some spectacular saves, including a penalty shot from Alex Dujshebaev and the rebound. The Macedonian goalkeeper ended the game with an impressive 47% of saves. Despite his great performance, Macedonia couldn’t come any closer to the Spaniards as they were struggling against the Spanish defense and Perez de Vargas. With less than 10 minutes left, the difference was 13 goals (14-27) and even though this gap got smaller in the final minutes, Spain could add an easy victory to their account (20-31) and kept the semifinal hopes alive.

Denmark with important victory against Germany
France ran over Serbia