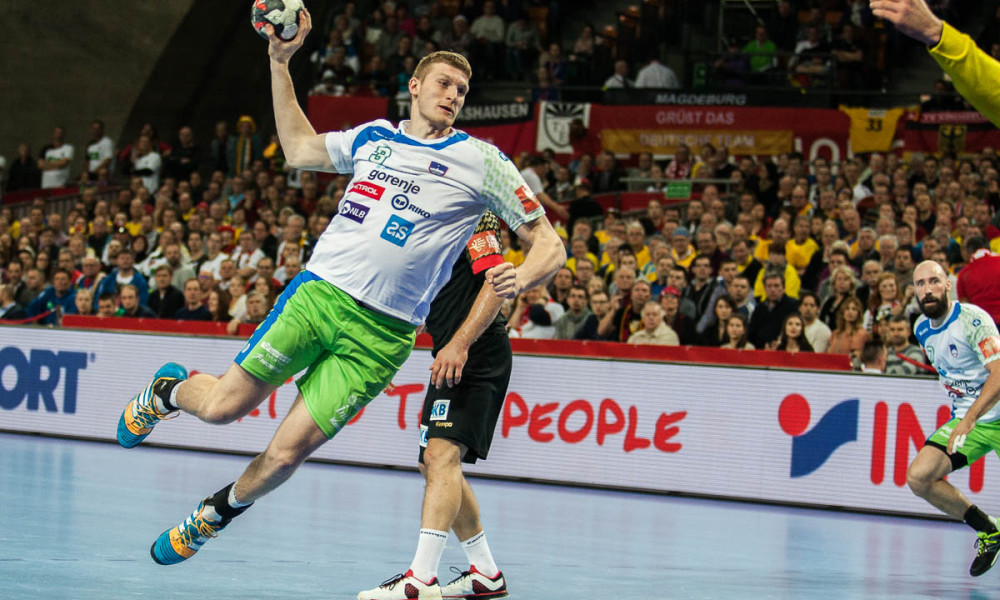 In Main Round Group II of the Men’s EHF EURO 2018 in Croatia, Slovenia took a somewhat surprising win against Spain. Before the match, the Slovenian head coach Veselin Vujovic made a change in the squad and named Urh Kastelic for tonight’s game. The goalkeeper thanked his coach with some great saves right from the first minutes and that helped Slovenia to an early lead (5-2). In less than a minute, Spain was back on one goal and it didn’t last long for the Spaniards to take the lead as well: with a 6-1 run, Spain was in front (6-8). Despite the big Spanish run, Slovenia didn’t lose focus and was running close behind the opponent (10-10). After a close first half, a spectacular goal from Borut Mackovsek put Slovenia in front after 30 minutes played (13-12).

As things were going in the first half, the second period promised a lot of excitement and a lot of tension. In the first minutes of the second part, Slovenia kept a slight advantage and a strong 2 minutes period was enough for them to extend the lead to 5 goals (20-15 from 16-15). In this period, Slovenia was performing very well in attack and defense and managed to score easy goals, mostly thanks to Blaz Janc. Spain struggled to find the solution for the Slovenia test and the difference between the two sides grew (25-18). In the last 15 minutes, Spain tried everything to turn the match around and they managed to come back to three goals (28-25) with a little more than five minutes left from the game. However, Matic Verdinek’s first goal in the match came in the best possible time for his team: entering the last 5 minutes, Slovenia’s advantage was 4 goals and as Spain struggled to score in the decisive minutes, there were no doubts about the Slovenian win in the end. Slovenia won 31-26 in a match where they weren’t expected to be dominant, but their victory was well deserved as they were the better team on the court tonight. Urh Kastelic turned out to be the miracle change of Veselin Vujovic as in his first match, he won the Player of the Match award and his saves helped his team to a great victory.