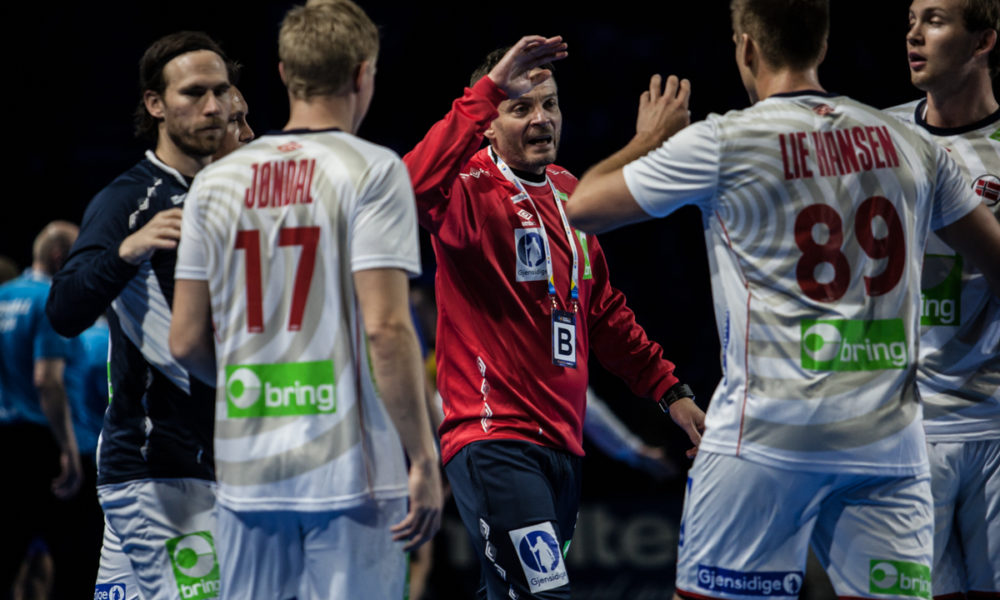 Norway needed to win this game against their Scandinavian neighbors from Sweden in order to keep their chances alive for reaching a semifinal. If Norway would have won this game with a  five-goal difference than the match between Croatia and France would decide their fate. French victory and Norwegian five-goal victory would have mean semifinal for Norway. Norway made a replacement before this match, goalkeeper Kristian Sæverås came in for Espen Christensen.

Exciting, close first half with a better Norwegian start leading  6-9 after 15 minutes, but Sweden is not bad either, reduces quickly to only one goal difference. Bergerud had a great performance in the Norwegian goal, Appelgreen managed to save two 7 meters against Kristian Bjørnsen. Halftime result: 11-12.

The second half was as exciting as the first one, the two teams were chasing each other, the result was close to a draw for a long period, but Norway had the lead several times and due to a fantastic Bergerud in the goal managed to win 25-28. Despite the victory, Norway cannot qualify for the semifinal, but Sweden has still a chance.

Player of the match: Bjarte Myrhol (NOR)

In the other Main Round Group in Varazdin Denmark was already qualified to the semifinals,  and met Macedonia. After a close first half ending 12-12, Denmark took a confident victory 20-31.

Czech Republic and Slovenia say goodbye with a draw
Winner in crucial game: France, Sweden goes to the semifinals