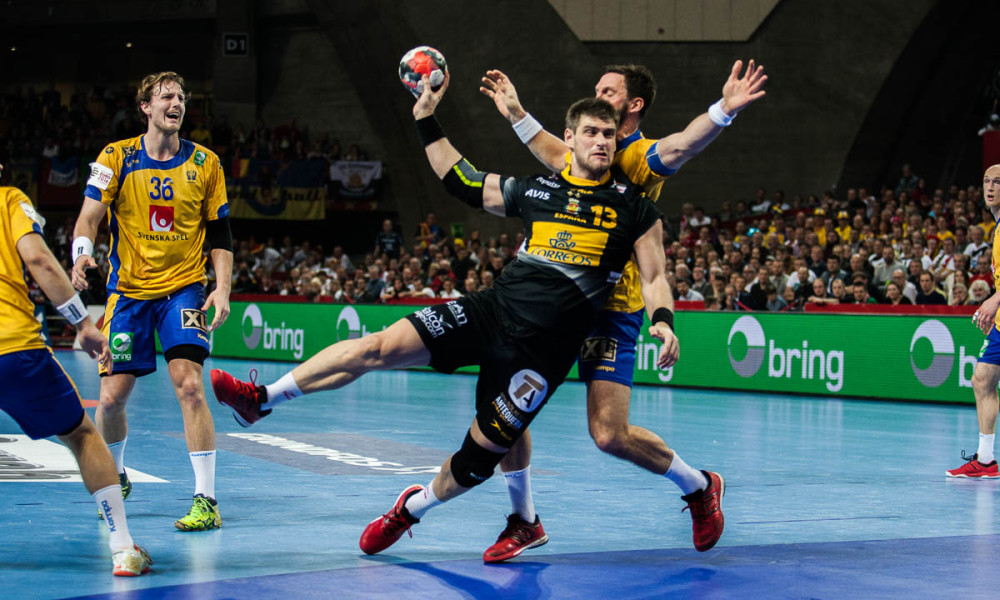 In the last round of the Main Round in the Men’s EHF EURO 2018 has come to an end and all the semifinal places are taken. In Group II, Spain met Germany in a match equal to a quarterfinal as the winner won a ticket to the final weekend while the other was eliminated. The crowd had to wait more than 4 minutes for the first goal that was scored by Germany, but once the first was scored, there was no stopping. In the first quarter of the game, it was Germany that had the lead but after the first 2-goal difference (5-3), Spain overtook the opponent with a 3-0 run (5-6). Once they grabbed the advantage, they didn’t let it go: the EHF EURO 2016 winners Germany managed to equalize on some occasions but Spain kept the lead until the halftime whistle (13-14).

In the second half, things started pretty much the same as the first half ended. However, from the 33rd minute, Germany was unable to score for almost 12 minutes and Spain netted 8 times in this period, basically deciding the match (15-23 from 15-15). In the last quarter of the match, Germany came a little closer to the Spaniards but they seemed to have lost the faith as well. A bad 12 minutes were decisive for the defending champions. In the last 4 minutes, the Germans scored 4 goals in a row but it didn’t really help them as Spain won the match (27-31). The winners of the last edition won’t be there in the semifinals of the competition: besides Spain, France, Denmark and Sweden qualified for the final weekend.