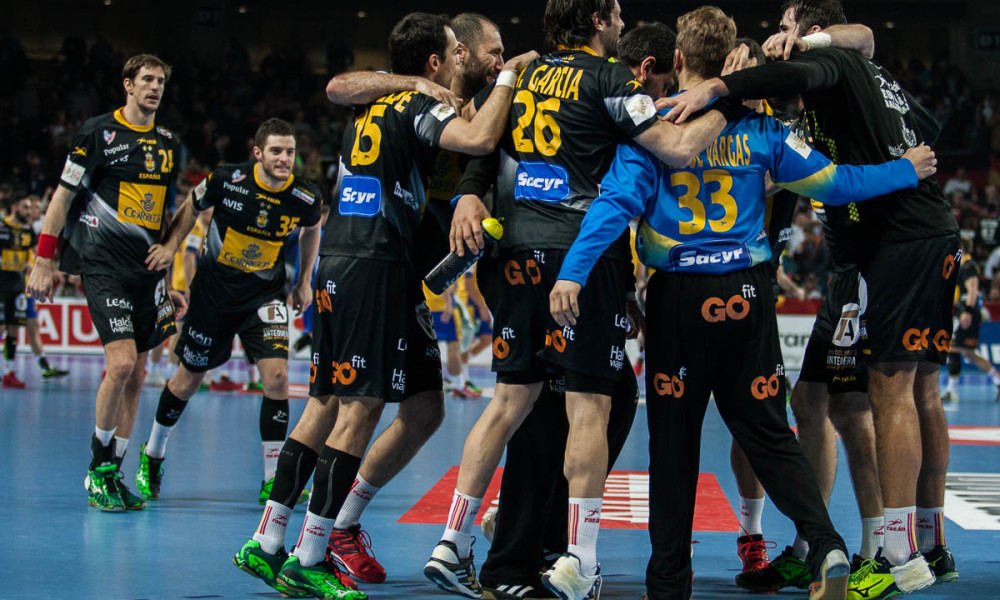 France had a shaky start when meeting Spain in the first semifinal of the EHF EURO as Spain had the advantage, 3-6, 5-7, 8-10. Entrerrios, Aguinagalde, and Gurrbindo were the most efficient Spanish players, on the other side Mahe, Karabatic, and Sorhaindo. The match was not one of the goalkeepers game, but Sterbik saved two 7-meters at his first appearance in the competition. The result was 8-12 in Spanish favor (25.minute), France could not score for eight minutes. French time-out called by Didier Dinnart did not solve the problems of “Les Bleus” and the halftime result was somehow surprising, 9-15.

After ten minutes played in the second half Spain was still in lead 13-20 and France still seemed to struggle in front the stonehard Spanish defense, meanwhile the Spanish back players Entrerrios, Sarmiento managed to score from distance. Spain was unstoppable, leading by eight goals 13-21, but was still twenty minutes left. Corrales has improved in the goal for Spaniards, and Sterbik helped him from the bench with another 7-meter saved! France reduced the gap from nine-goal difference to five goals, 18-23 due to some goalkeeper savings and successful fastbreaks. Later the result was 20-23 after Dumoulin saved 7m,  but Spain managed to score again 20-24. Defensive work of the Spaniards was still unbreakable and crazy Spanish fans were celebrating every blocked attack. France managed to come as close as three goals again at 21-24, but Entrerrios scored for 21-25. Nothing changed in the dying minutes, Spain kept their advantage and won 23-27.