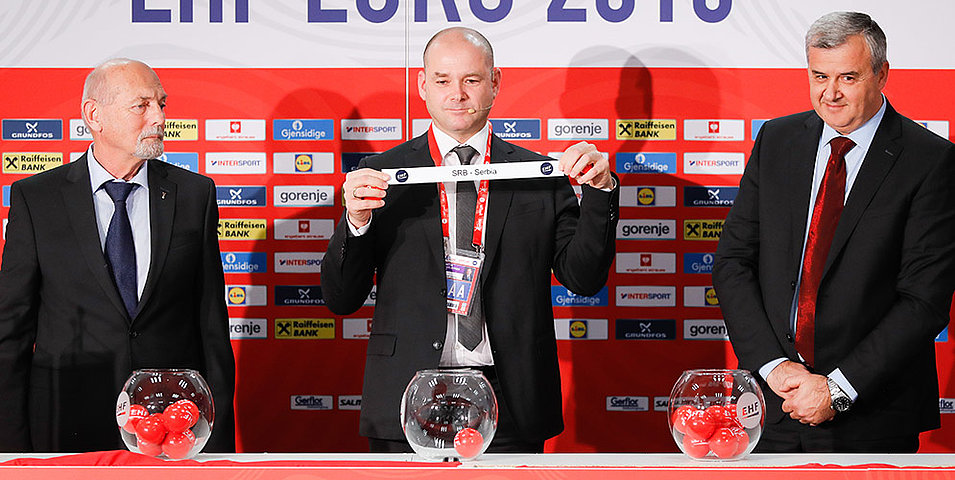 Nine tickets for the Men’s World Championship 2019 are still untaken in Europe. On Saturday, the teams involved found out what lies ahead: in Arena Zagreb, the nine playoff duels were drawn by IHF Representative Frantisek Taborsky, EHF Secretary General Martin Hausleitner and Chairman of the EHF Competition Commission Bozidar Djurkovic.

The World Championship 2019 Play-off pairings are as follows:

The matches will be played on June 8 to 10, and June 12 to 14, with the aggregate winners booking their tickets to the World Championship, which will be held from January 9 to 27 in Denmark and Germany. The teams listed first in the pairings above have the home right in the first leg.

The winner of tomorrow’s EHF EURO 2018 Final between Sweden and Spain will qualify directly for the World Championship. As there is an open legal case regarding the match Bosnia-Herzegovina versus Switzerland, which of these teams contests the play-offs will be confirmed at a later date.

So far, the host countries Denmark and Germany, defending world champions France, Egypt, Tunisia (from the African Championship), Qatar, Bahrain, Saudi Arabia and South Korea (from the Asian Championship) have booked their tickets. The third African participant will be known on Sunday.