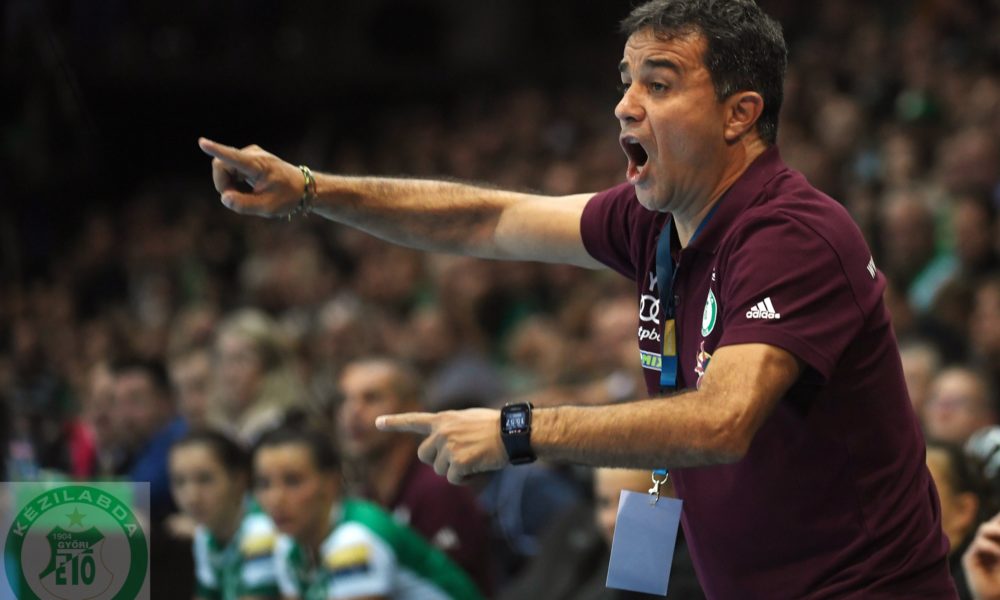 Győri Audi ETO KC has announced on their homesite recently, that the head coach of the team, Spanish Ambros Martín announced the team and his superiors after today’s Hungarian League match against Vasas KC that he will not extend his contract with the club. The next stop of Ambros Martín officially is not known yet, but rumors were telling the last days that he will take the direction of Rostov Don.

“As I told a couple of months ago, I will make my decision in order to serve the interests of the team. At the moment I can say that my heart would vote for staying, but my mind dictated the opposite. I made the most difficult decision of my life. In the past six years, I have received a lot from the club, the players, the fans and people from Győr too, but I feel now is the time to change. In the past weeks, the circumstances around the team directed me to make this decision in the team’s interest. My heart is owned by Győr and the team, but my mind decided to leave. Of course, this does not affect this season, we want to win on every front!
Forever ETO! ” –  Ambros Martín commented.