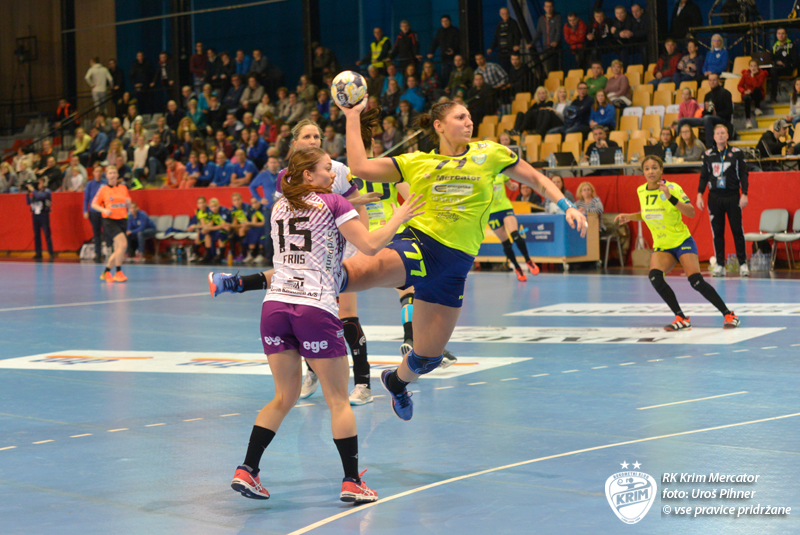 FC Midtjylland could secure their quarter-final berth by winning the match against Krim on home court, but the Slovenian team did not agree on that. The team led by Uros Bregar was in lead during the entire first half, 4-9, 6-10. Omoregie and Peredery were unstoppable and FCM was struggling with their goalkeeper performances. Sabine Englert was replaced by Jessica Ryde and the hosts managed to reduce the gap and the first half ended 12-13. Helene Gigstad Fauske and Mie Augustesen were the goal responsible players at hosts.

In the second half, Krim managed to keep their slight lead until the 50. minutes of the game, when FCM led by Veronica Kristiansen managed to level the game and took the lead, 19-18. The Danes had a two goals lead for a short period, but Krim was fighting strong and managed to level the match once again, 22-22, 23-23 and set the final result 24-24. Both teams still have chances to reach the quarterfinals.