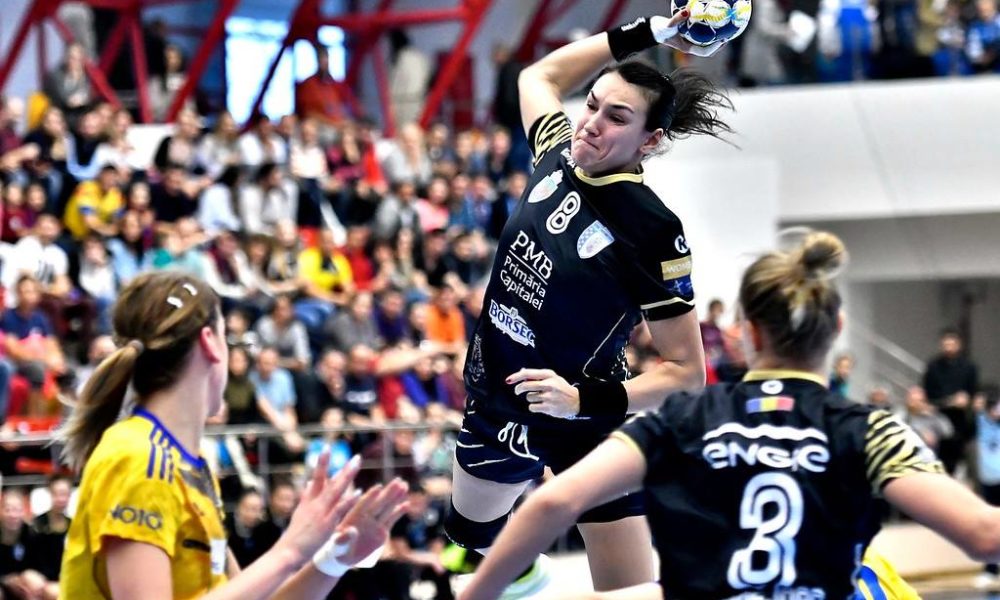 CSM Bucuresti hosted the Danes from FC Midtjylland in the fifth round of the Main Round and the Romanian team needed to win the game in order to keep their chances alive to be in the race for the second spot of the group. If they win today so a next victory in Rostov next week would give them the second place. FCM lost one of their key-players the day before the game, Tonje Löseth got injured at a workout, and was diagnosed with a fractured ankle. The season of the Norwegian back player has come to an end.

Despite the big motivation of the hosts, FCM took the control of the game from the start and was in lead 3-6, 4-7. This was the point for head coach Helle Thomsen to call her first time out, after which her team came back into the game, leveled the game at 8-8, due to performances of Kurtovic and Hagman in the attack. FCM had a little collapse in the last five minutes of the first half, allowing CSM to win 13-12 the first thirty minutes. Veronika Kristiansen and Sabine Englert were the leaders of the Danish team, meanwhile, hosts had Paula Ungureanu to help them close the goal.

In the second half CSM Bucuresti opened with fastbreak goals and increased the lead to 15-12, but FCM came back again and the match transformed to a hunting, where one of the teams were in front with one goal, but until the 22.minute of the second half when hosts had distanced to 23-19, the teams were equal parts. This was the turning point, FCM got tired, had no players to replace their first line with and CSM could send in rested players from the bench. Maneashowed a good performance on the line player positions and Neagu focused her energies on helping her team with assists when realized that she cannot win the match alone. CSM  increased the lead to 26-21 five minutes before the end and won the game  29-24.