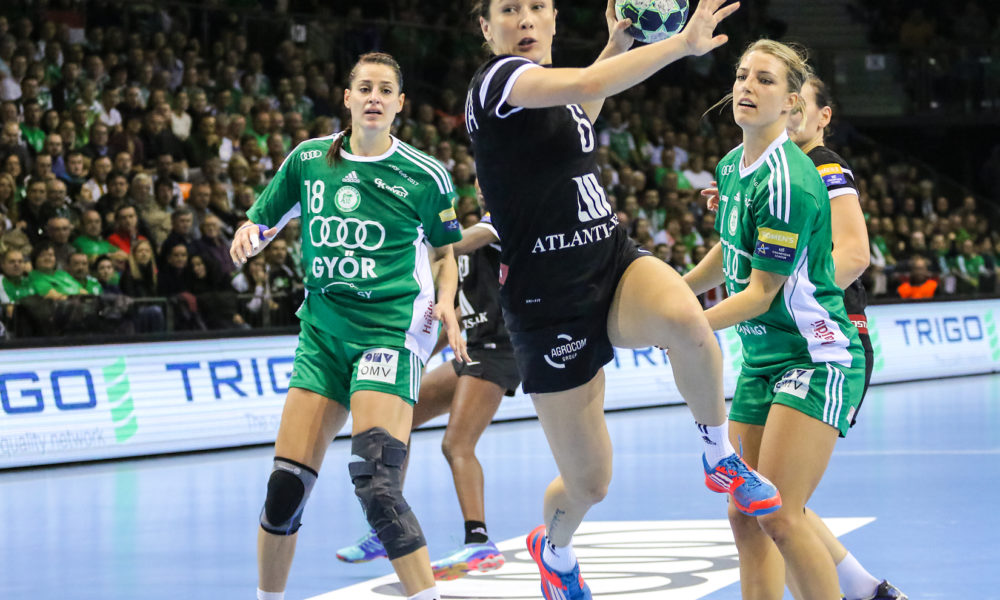 In Main Round Group I, there was still one quarterfinal place to give away before the last round. Győri Audi ETO KC, Rostov-Don and CSM Bucuresti were already qualified for the quarterfinals, but for the remaining one place, all the three teams, FC Midtjylland, Nykobing FH and Krim Ljubljana had the chance. From these three, FCM was in the most comfortable position: Krim needed to defeat Győr, while NFH had to win in Ikast to take the last spot. On the other hand, CSM and Rostov had both slight chances for winning the group: first of all, Győr would have had to be defeated by Krim in Győr which seemed quite impossible. So literally, CSM and Rostov were fighting for the second place of the group. The first match between the two sides in Bucharest brought a lot of excitement and ended in a 23-23 draw and the second match between them also promised a thriller. Rostov started well (3-0) but CSM slowly took control over the game (6-10). The Romanian champions were up by three goals after the first 30 minutes (9-12). In the first part of the second half, Rostov was putting pressure on the Romanians but didn’t manage to take the lead. At 18-17, the Russians were up for the first time in a long time, and from this moment, they didn’t let the game slip out of their hands. Although the last minutes brought some excitement, Yulia Managarova’s goal in the last minute decided the match and Rostov grabbed the second place of the group.

The other match of the group brought a Danish derby between FC Midtjylland and Nykobing FH. Both teams took a shaky start, the first goal arrived after almost 3 minutes. In the first quarter of the match, the lead was changing constantly between the two sides, but after about 20 minutes, FCM managed to take the control and with 5 goals in the row, they went from 5-6 to 10-6. In the last minutes, NFH came closer but FCM was in front after 30 minutes (10-9). In the second half, FCM managed to stay in the lead, even though NFH was running close behind them. With 10 minutes left from the match, FCM was back on 4 goals again (20-16) and in the remaining time, NFH couldn’t come back any more. FCM won 24-20 and with Győr’s win over Krim, they grabbed the last quarterfinal place. They will meet Vardar in the quarterfinals.

Bietigheim said a victorious goodbye, Metz is second
Vardar finished Main Round with a win