Difficult victory for Vardar in Ikast 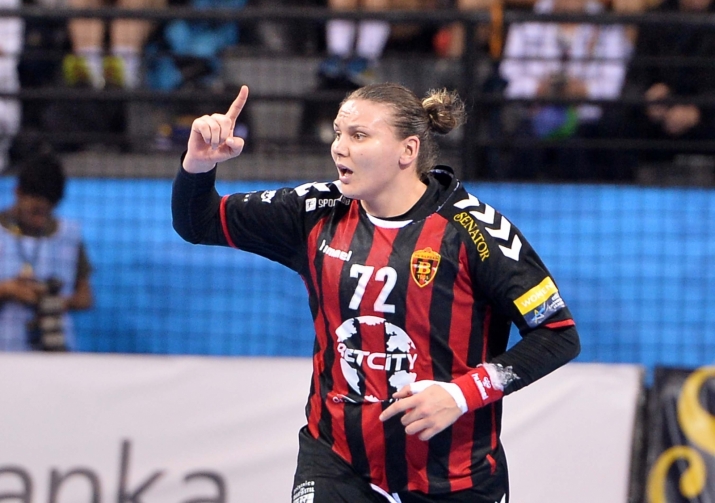 The first quarterfinal scheduled was in Ikast Arena, between FC Midtjylland and Vardar. The team of Vardar arrived with a full squad as hosts struggles with injuries, they were missing Tonje Løseth, Mie Augustesen and three players are pregnant/became a mother (Sabine Pedersen, Trine Troelsen, and Linn Blohm).

However, FCM was prepared to make the Skjern-trick, trying to make troubles for their stronger opponent and maybe go to the Final4. Vardar won their groups in Main Round and they were confident to make it for the fifth time consecutive to Budapest.

After a close first ten minutes, FCM took the initiative and helped by Sabine Englert in the goal managed to take the lead, keeping a two goals advantage, 10-8. Kristiansen, Gikstad Fauske, and Friis were effective in the attack for hosts, meanwhile, Cvijic was hard to stop at Vardar. FCM increased the lead to three, 12-9 than four goals, 14-10. Halftime result: 16-13.

In the second half, FCM managed to keep their lead for fifteen minutes more, 20-17, but Vardar managed to gather their forces and with an improved defense and return-job, a better goalkeeper performance and more focusing the Macedonians made a strong period of 0-4, taking the lead 20-21 (50.min). The longer lineup on the Vardar side put the pressure on hosts having not so many players to replace the first line with. Vardar increased the lead to 20-24, but FCM managed to reduce the gap and finish the game 23-24, final result.