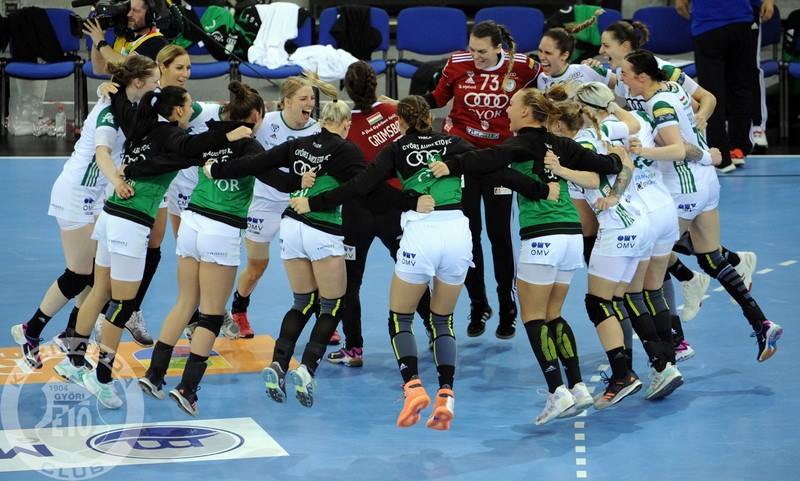 Buducnost arrived in Győr after they lost with six goals margin in Podgorica in the first leg, but a very motivated young Montenegrin team managed to make a good start in this match, staying close to the hosts 4-4, 5-5. After leading 8-6 the home team had a period without goals and Buducnost managed to turn over the result 8-11. Raicevic, Brnovic was the key-players at guests, meanwhile, Broch, Gonzalez, and Görbicz were efficient for the hosts. Three minutes took for Győr to level the game when Gonzalez and Görbicz netted behind Zoqby de Paula, 11-11. Győr took the lead again, but Buducnost was very eager and gained another advantage at 13-15. The halftime ended 15-15, with a seven-meter of Görbicz.

The second half was as crazy as the first one, with a Buducnost on fire and a host team which is in need of pulling themselves together as the opponent is all the time in their back, 18-18, 19-19 than leading 19-20. Weak referee performance during all the game, the Danish couple seemed to not have the control of this match at all as they took confusing decisions during the game. Gyor leveled the game at 21-21, then took the lead 22-21, Gorbicz scoring her 10th goal in this encounter. Eva Kiss heøped her team enormously from the goal, saving several Buducnost situations. Two goals lead for the first time in this half, 23-21 with a goal from the leftwing, Puhalak. 24-24 was the score in the 19th minute when Hansen scored for the lead 25-24. Shortly after Buducnost had the lead again 25-26, but the result changed quickly 27-26, 27-27. Anne Mette Hansen shows herself again, scoring her third goal, 28-27, then Grimsbø saved a 7-meter. 29-27 was made by Fodor, 29-28 Raicevic from a penalty. Last minute brought two timeouts and a final goal from Hansen, final result: