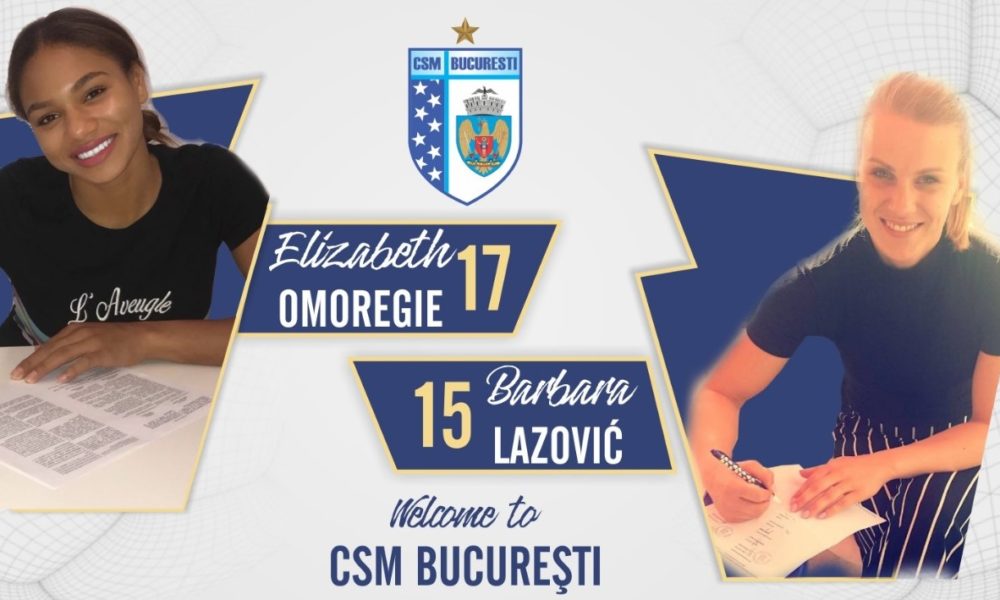 The Romanian champions continue to enforce their squad for the next season, as they announced two new players joining the club from the next season. The back-court positions will be more versatile with the new arrivals.

On the left back-playmaker positions the 21 years old Elisabeth Omoregie is the new player, she will leave Krim after 4 years. Omoregie is now Slovenian citizen after she was born in Athen, Greece and grew up in Plevna, Bulgaria.

Barbara Lazovic (30) arrives in Romania after Vardar let all their players to find new teams. The Slovenian right back is an experienced player, she played several CL seasons, first in Krim, then in Vardar.

Both players signed a one-year agreement with CSM Bucuresti.