Lekic: ” We still not win the trophy, only the semifinal…” 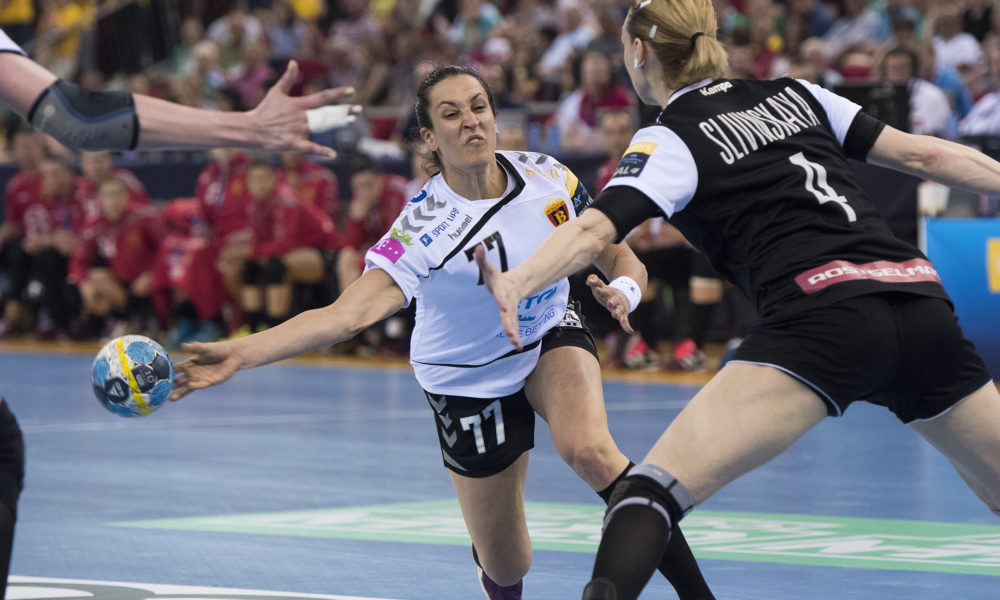 photo: Márta Kállai
Lekic: ” We still not win the trophy, only the semifinal…”

By winning Rostov Don 19-25, Vardar has qualified to their second final of the Women’s EHF FINAL4 at their fifth participation. After the game satisfied and happy Vardar players and coach analyzed the game.

“It was a great match for me. This year, our team has the chance to win the trophy finally. Tomorrow, we can get the golden medals against Győr, this would be a perfect retortion.”

Amandine Leynaud will transfer to Győr from the next season. now she can fight against her future team in the final again:

“I would like to win this year with Vardar and next year with my new team, Győr. The last final between these two teams was just amazing, just like the fans in Hungary. I hope to play as exciting as last year and see who is the best”

“Just like last year, we are going to compete with Győr tomorrow. We learnt a lot about last year’s loss. With better defence, more counterattacks, I think we could finally win the FINAL4.”

“I am so proud of my team, because we have so many problems in the season, but nobody talk, just work and play, and now we are here in the final. We deserved this from the first second till the end, and I really believe, that we have the power for tomorrow, and we can finally win the title.”
Against Győr these things will be important: “On one hand, the defence, of course, but on the other hand, who will be calmer, can make the right decisions in the big moments of the game.”

“Despite the final result, it was a really tough game. We won the match with our very good returns in defense, and an extra goalkeeper performance thanks to Amandine Leynaud.”
How the final will be: “First, we have to calm ourselves down, because it was a really good success, but we still did not win the trophy, like never before. This team will never going to play together anymore, and maybe this is an extra motivation for us. The final is so unpredictable, we give the best we have, and I hope, it is going to be enough.”

Load More... Follow on Instagram
Vyakhireva: “We had a poor performance today”
Disappointed Frafjord announced to retire after this season