photo: MKSZ
IHF Junior U20 World Championship in Hungary has arrived to its finish

In the quarterfinals Hungary defeated Romania ( 31-26), Norway surprisingly managed to win against France (27-26) after extra times, meanwhile, South Korea unexpectedly defeated Denmark (24-26) and Russia got the victory in front of Netherlands (28-26). 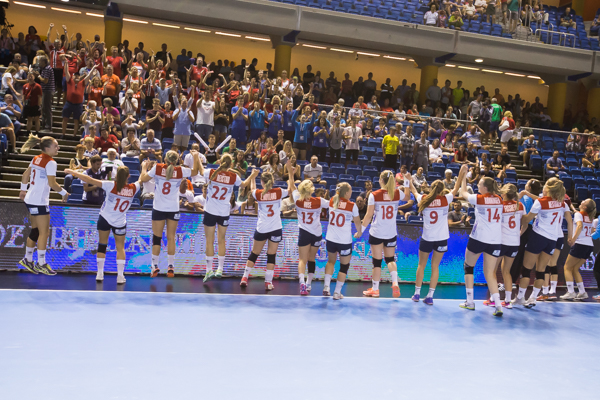 Today was the day of the semifinals, and the second semifinal where the hosts played had a fully crowded Főnix Hall where 8500 spectators were supporting their teams.

The placements matches for 5-6. and 7-8. places will be played tomorrow before the bronze match and the final.