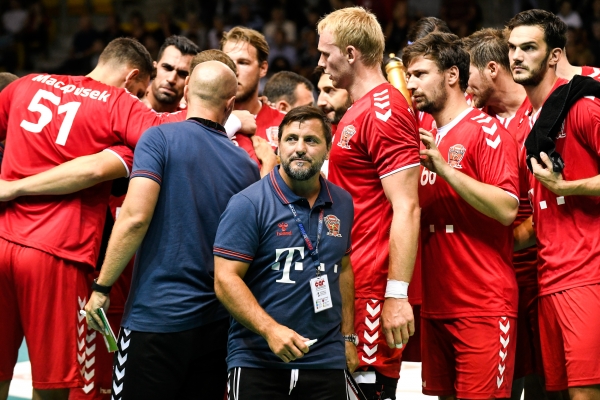 Earlier today the Macedonian handball site 24rakomet.mk has announced that Ljubomir Vranjes will be fired in Veszprém, after the defeat on home court against Vardar (25-27) on Saturday. Later the club itself has officially announced that the coaching team: head coach Ljubomir Vranjes and assistant coach Björn Sätherström are dismissed from their job with immediate effect. At the same time will also leave the club the sports director, a former player in the club Nikola Eklemovic.

The head coach duties will be taken over by István Gulyás until further notice.

According to 24rakomet.mk, on Saturday evening after the match against Vardar and after the press conference, the fans of the team wanted to attack Vranjes and he was protected by guards and policemen in order to be able to leave the hall.

Earlier this week Vranjes talked to the Swedish aftonbladet.se and there he mentioned serious alcohol problems among players in Veszprém, so he decided to introduce some new regulation regarding consumption of alcohol. According to the interview in the aftonbladet, the players are not allowed to consume alcohol the day before matches and on the matchdays at all. Other rules and agreements were also introduced and a player-council has been established.

There are eleven different nationalities in the squad and there are many players which are in Veszprém for years but did not learn to speak Hungarian at all. That’s why Vranjes made a rule about every player to learn three Hungarian words weekly. “It is important to show some respect to the country we work and live in.”-said Vranjes.

The Serbian born Swedish coach had also thoughts about how to build a new team, what kind of changes should be made and he was also aware of the time it must be used for such a project.

But all this seemed to be a waste of time and energy as his concept was not strong enough to stand in the Eastern part of Europe.

He is also the head coach of Hungary but is not sure that he will be kept in that job either, as the Hungarian Handball Federation made an official statement lately:

This is a new and unexpected situation, our goal is to qualify to the Olympic Games in Tokyo. We cannot make a decision without having a  conversation with Ljubomir Vranjes and we will also listen what the Hungarian national team players from Veszprém have to say about this whole situation. (MKSZ)