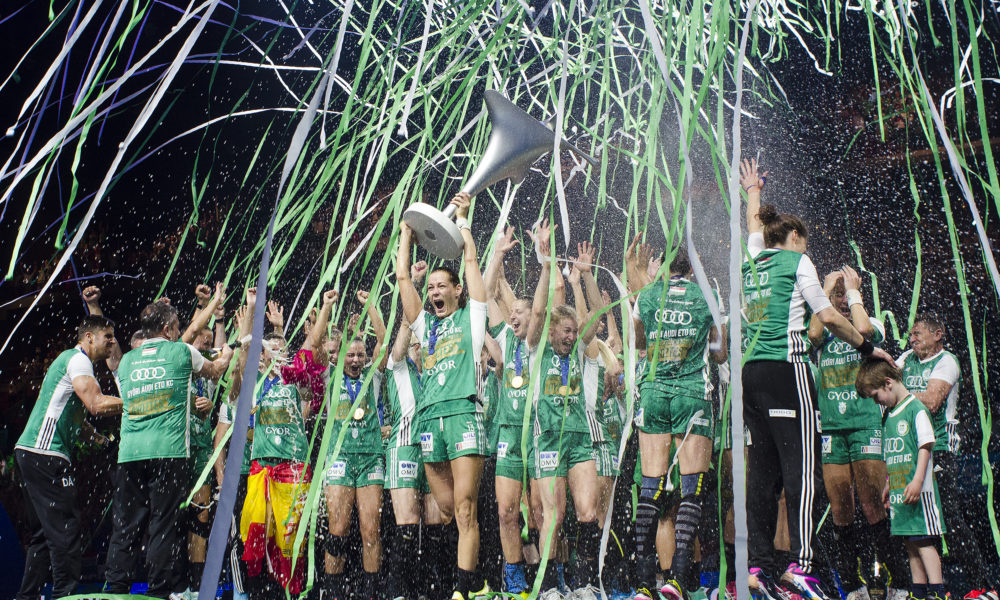 [dropcap size=”3″]16.[/dropcap] HC Podravka Vegeta: reached the groups after a qualification tournament, but based on the squad and their potential they will be here to learn this season. [dropcap size=”3″]15.[/dropcap] IK Savehof: the Swedish champion reached the group sage directly after a few years of absence, but they don’t dispose of that experienced squad or head coach to be able to get further than the groups. [dropcap size=”3″]14.[/dropcap] Krim Ljubljana: One of the youngest squads in the Champions League, with an experienced head coach, Uros Bregar and some players with CL-experience like Mavsar, Ristovska, Marincek. But they lost Omoregie (transferred to CSM) and she was one of their most important bricks in the last seasons. [dropcap size=”3″]13.[/dropcap] Larvik HK: Young, talented, but somehow inexperienced team, with head coach Geir Oustorp, who is a big tactician. They might be able to cause some surprises but their group is a balanced one with Buducnost, Metz, and Odense as opponents. [dropcap size=”3″]12.[/dropcap] Thüringer HC: the German champion can make it to the Main Round without problems, regarding the group they get, but from the group D strong opponents will qualify to the Main Round. Head coach Herbert Müller has a lot of experience in CL and he has the ability to make something from almost nothing. 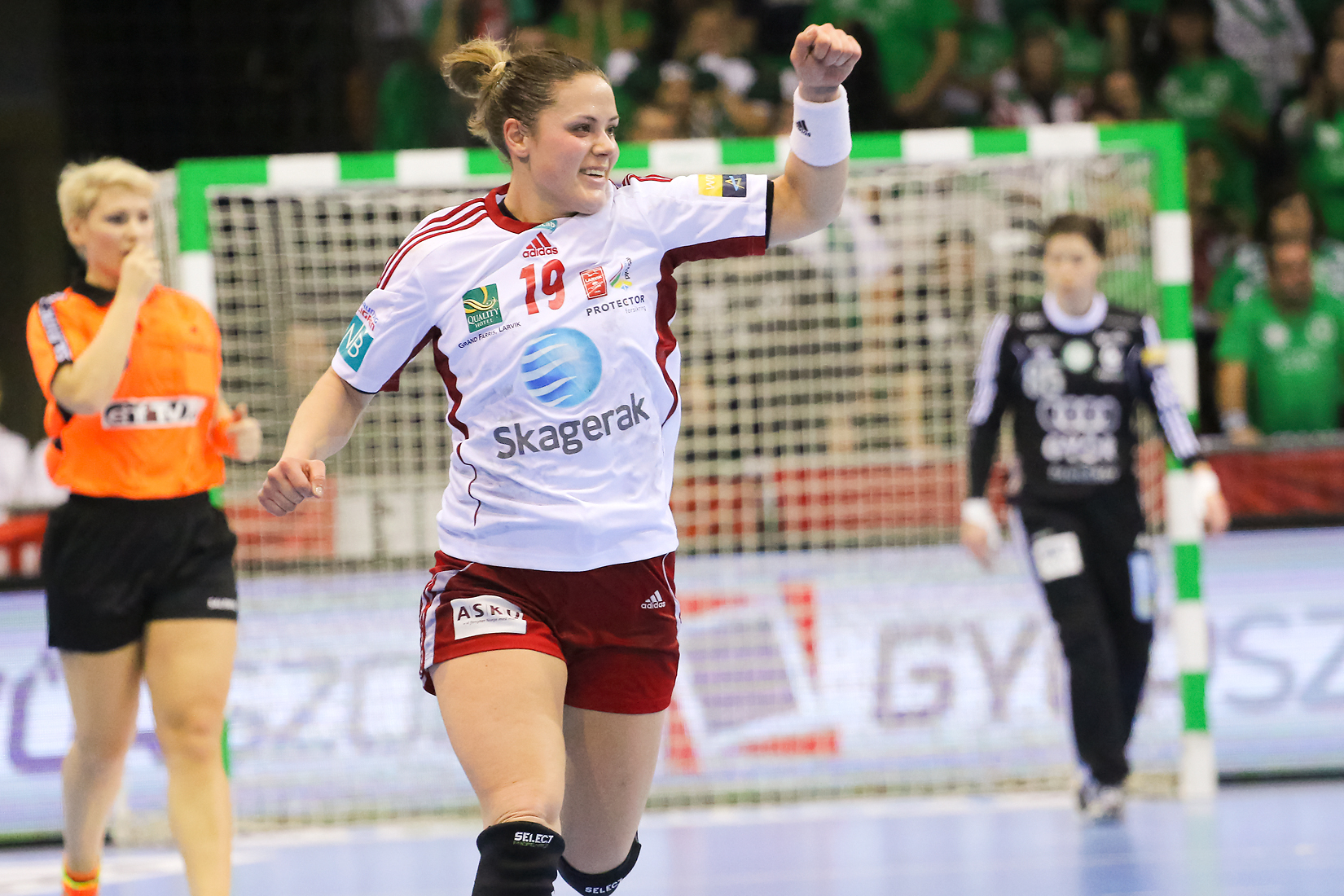 [dropcap size=”3″]11.[/dropcap] København Håndbold: this is the first CL participation of the team in this composition, with many players of different nationalities gaining a lot of CL-experience in their previous clubs. If we mention Bundsen, Sando, T.Mörk, Alm, Blohm or Bond we can get a good impression of the Danish champion. But their group is tough and they also lost their playmaker, Mia Rej last weekend at the Golden League tournament (ACL-injury). [dropcap size=”3″]10.[/dropcap] Vipers Kristiansand: the Norwegian champions are dreaming of something big, they got a new head coach, Ole Gustav Gjekstad, who knows the competition and the opponents very well. He also has players like Lunde, Tomac, Waade, Sulland, Hegh-Arntzen or J.Kristiansen at his disposal, all Norwegian NT-members with an enormous CL-experience and  with the knowledge of how to win important matches. Still, the chance to qualify to the best eight teams are minor regarding the opponents from the group D, although Vipers can easily climb one place upon our ranking later. [dropcap size=”3″]8.[/dropcap] SG BBMBietigheim and FTC Rail Cargo Hungaria: the German runner-up qualified after a preliminary tournament and they got the spot in the group of death with CSM Bucuresti, Vipers and FTC. Even if FTC is a constant quarter-final participant in the last seasons, we ranked the two teams equally this time as we saw a significant reinforcement at  Bietigheim. On the other hand, FTC Rail-Cargo Hungaria seems to be weakened after three important players left the team before this season (Szucsánszki, Jovanovic, Szekeres) and another player moved exactly to Bietigheim (van der Heijden). In the group D, back CSM Bucuresti will be a tough fight to get into the Main Round, but both teams can make it. Bietigheim looked strong in the qualification tournament, meanwhile, FTC has some injured players (Szikora, Klivinyi, Malovic, Pena), which are not able to help the team at their full potential, at least in the beginning of the CL-season. 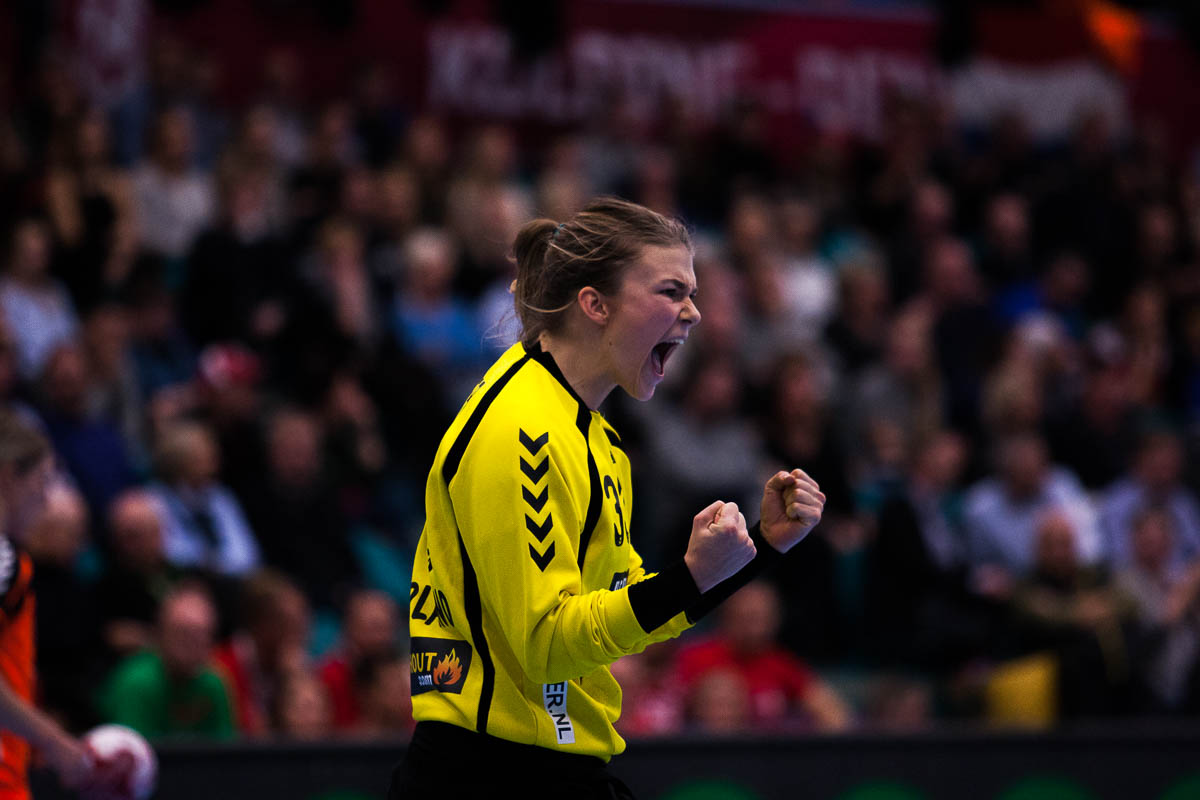 [dropcap size=”3″]7.[/dropcap] Odense HC: The team of Jan Pytlick has a strong squad, but many of them without any experience in the CL. Tess Wester is an important addition to their team, and players like Stine Jörgensen, Jessica Quintino, Trine Östergaard or Katrine Heindahl can push this team forward. We predict that they can reach the QF. [dropcap size=”3″]6.[/dropcap]. Buducnost: Last seasons very young and talented team has been reinforced with players like K.Bulatovic, A.Bulatovic, M.Rajcic, some injured players got healthy and Dragan Adzic is still one of the biggest coaches in the CL. They will be very dangerous for each of their opponents, especially on home-court. [dropcap size=”3″]5.[/dropcap] Metz Handball: a stable team, reaching the QF in the last years, with a young head coach, E.Mayonade and with a squad which never changes so much in composition. However, they lost their top scorer, Ana Gros and goalkeeper Raicic moved back to Montenegro. But Laura Glauser is back between the sticks in good shape, so Metz could be even an F4 contender this season.

[dropcap size=”3″]4.[/dropcap] Brest Bretagne: The club with the biggest commitment in women handball, in the last years, they will play their second CL-season, but this time they signed big guns, like Gros and Gulldén. They aim to reach the Final4 in Budapest, we also predict the same. 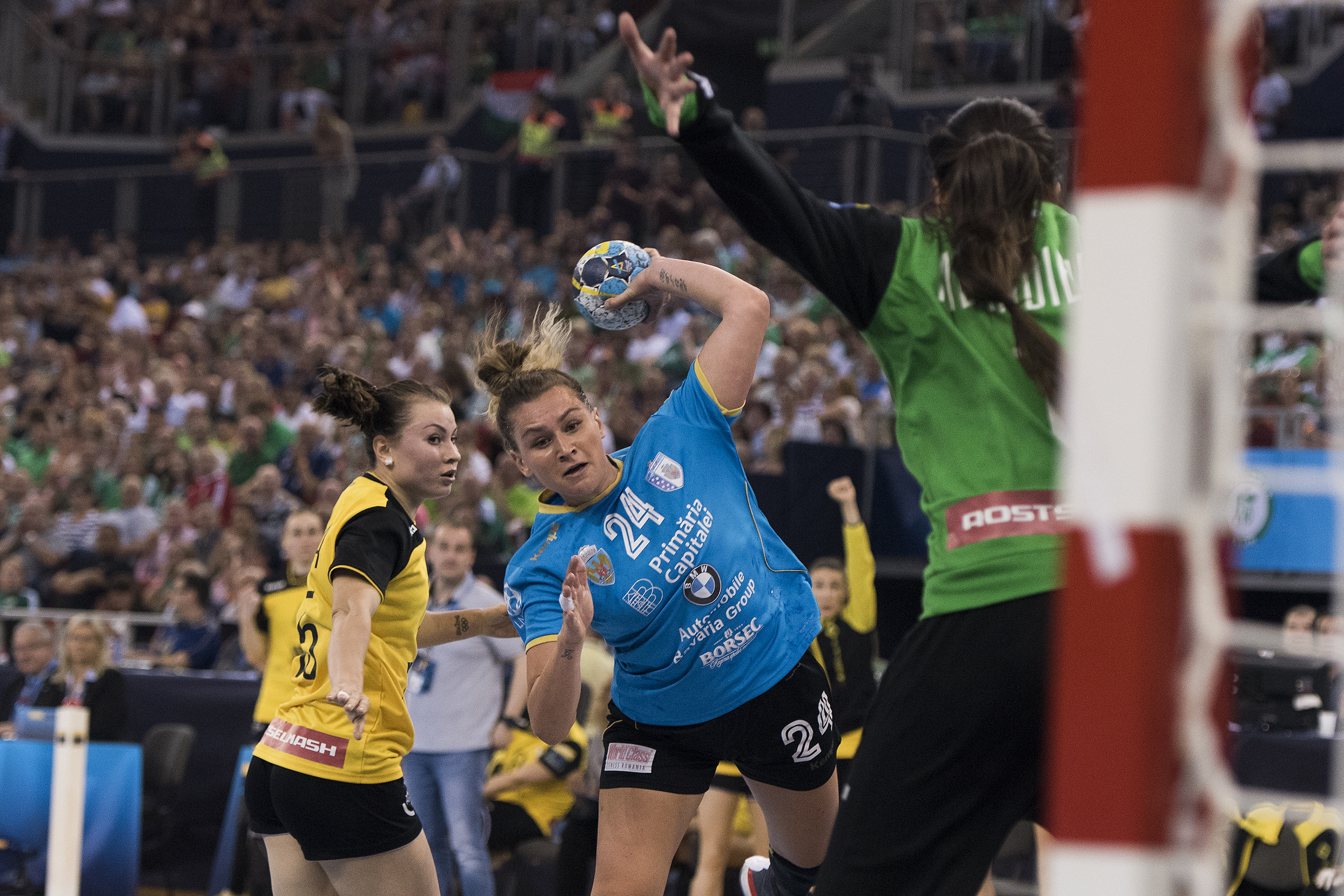 [dropcap size=”3″]3.[/dropcap] Rostov-Don: last years Final4 participant, with a new head coach, Ambros Martin and players who left the club: K.Bulatovic, S.Dembele, A.Barbosa, and Rodriguez is still injured. They signed Lois Abbingh and Polina Kuznetcova, they have a strong squad, but regarding that, with the new head coach a new handball philosophy had also arrived in Rostov we think that the title is still too much for them to reach. [dropcap size=”3″]2.[/dropcap] CSM Bucuresti: Head coach changed, new players were signed, four ex-Vardar players arrived to be in Bucharest: Lekic, Cvijic, Radicevic, and Lazovic are a guarantee to a good team, but they have Neagu, Mehmedovic, Kurtovic, Hagman or Manea, with a new Swedish head coach. They could be very strong and very dangerous, and yes they are one of the favorites to win the CL-trophy. All of the experts are talking about them and Győr. 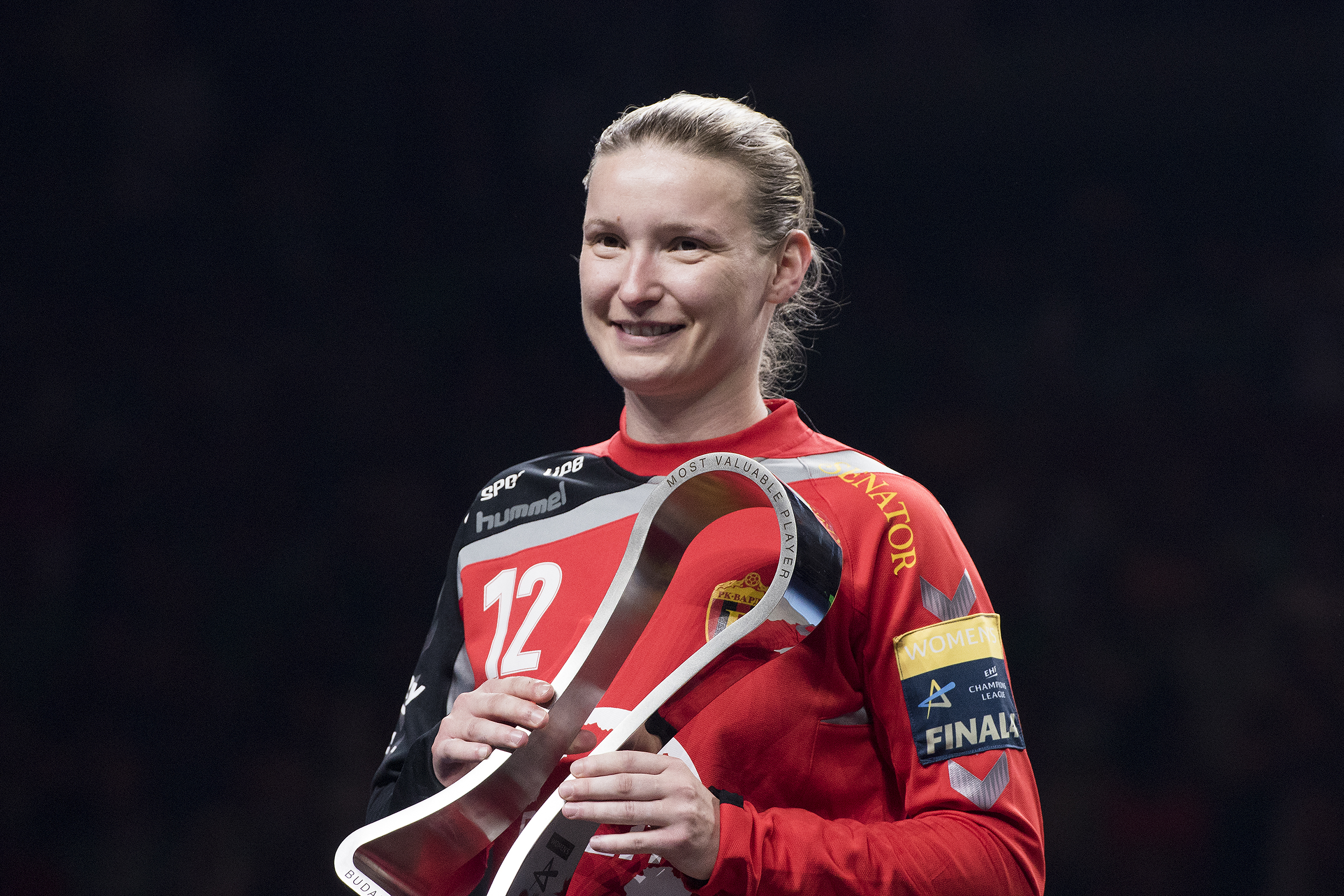 [dropcap size=”3″]1.[/dropcap]  Győri Audi ETO KC: The Ambros Martin-era was over in Győr, now there is Gábor Danyi the new head coach and with him, a new type of handball is implemented in Győr. The so-called tempohandball is played by the Hungarian champion, with a lot of running, fastbreaks, and between 35-41 goals in the domestic games. The three new signings have been integrated quickly, and even if the team has experienced several setbacks at the beginning of the season, the team-spirit seems to work well again, the new players: A.Leynaud, V.Kristiansen and K.Brattset have already main-roles in this new scenario. With Yvette Broch taking a break, Brattset has a central role both in defense and offense and it looks like she was always playing in Győr. With an attacking percentage of 97%, she is also one of the most efficient players of the team right now. Amandine Leynaud got a lot of playing time as both Éva Kiss and Kari Alavik Grimsbö were struggling with injuries, but they are ready for the CL-start. The last sad new was that Nora Mörk needs another knee-surgery this week, and is still uncertain how long the recovery after this one will take. Zsuzsanna Tomori is on the right path in her recovery period and she will be soon back on the court. All in all, Győr is the biggest favorite this year also to win the title, even if the loss of Broch and the absence of Mörk might affect them in a negative way.
Related ItemsAmbros MartínBrest BretagnebuducnostChampions LeagueCSM BucurestiEHF FINAL4FTC Rail-Cargo HungariaGyőri Audi ETO KCHandballHungaryIK SavehofKatarina BulatovicKobenhavn HandboldKrim Ljubljanalarvik hkMetzNora MörkOdense HCPodravkaRostov DonSG BBM BietigheimTHCVipers
Click to add a comment