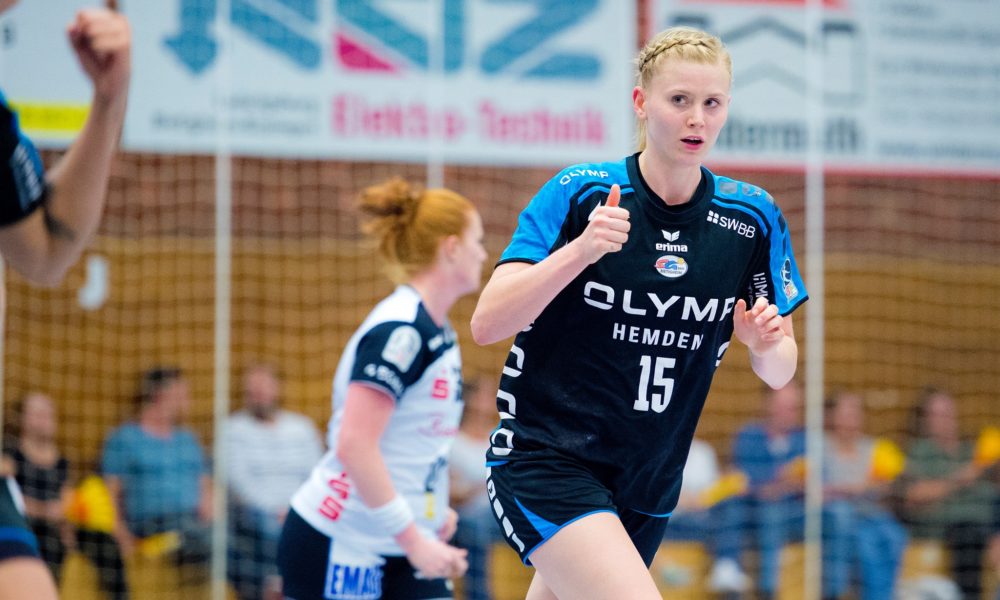 First half: CSM Bucuresti, even with Lekic in the team (back from Buenos Aires Youth Olympics where she was the handball ambassador) is the shadow of the team everybody visualized before the start of the CL. The Romanian champion is at moment a bunch of players which is not formed as a team. Bietigheim opened with a 4-0 and was in lead the entire first half, 8-4, 10-6 and won the first half 16-12. Kim Naidzinavicius is unstoppable from the backcourt, scoring several times, and Germans have a good working defense. CSM Bucuresti is kept in the game by Andrea Lekic, will be needed a big improvement from the Romanians if they want to win this game in the next thirty minutes.

Second half: CSM Bucuresti managed to improve both in defense (mostly in goal by Ungureanu) and attack and reduced the gap to two-goal and even to one goal, but they never managed to get the lead or the control of the game. Kudlacz – Gloc, Malestein, Wisser, Naidzinavicius had the main role for Bietigheim, meanwhile, CSM Bucuresti had Radicevic, Lekic and sometimes Neagu to try to keep close their team to the host. This match was controlled and won by Bietigheim 30-28. After the Romanian championship, where CSM Bucuresti lost against HCM Rm. Valcea in the last round, they also suffered their first defeat in the CL.

In the previous seasons, the club had already sacked the head-coach if they did not play as expected and now after two defeats maybe we can also expect something similar????