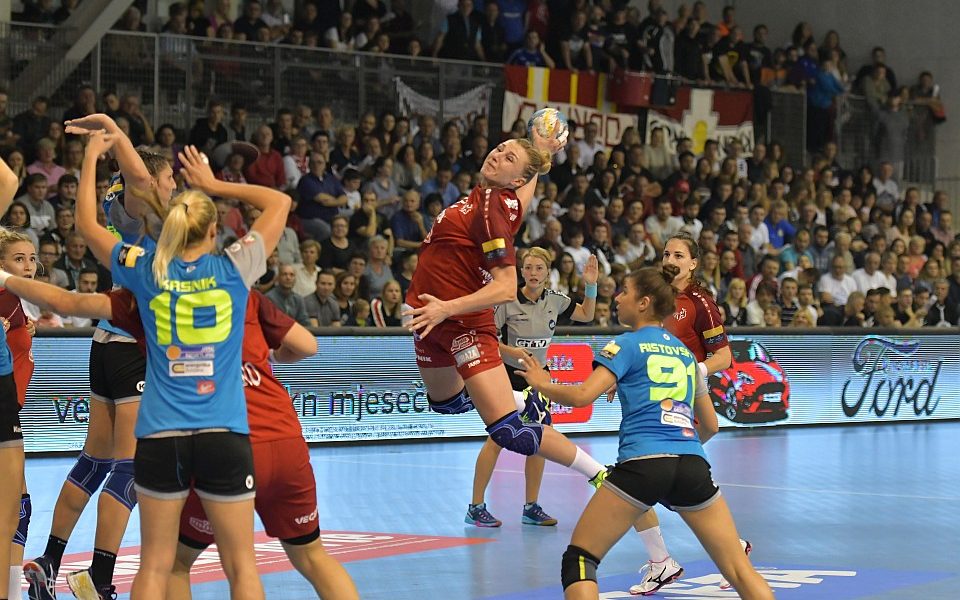 In the “Balkan derby” of Group C in the Women’s EHF Champions League, Krim took the two points in a very confident way over Podravka. Two weeks ago, the two teams met in Croatia and they ended up in a draw, so this time, the two points were important for both teams. Having the advantage of the home court, Krim had slightly more chance, and the Slovenian champions were dominant from the very first moments of the game. Podravka was struggling to score as after 20 minutes, the home lead was already 6 goals (10-4). In this period, Lamprini Tsakalou was the main name in the match for Krim. Even though the final 10 minutes of the first half were slightly better for the guests, Krim’s lead was in no danger until the halftime whistle (14-10).

Podravka tried to come back in the beginning of the second half: they started with a 2-0 to make it 14-12. Krim woke up in time and made it back to 5 goals advantage but a 4-0 run from Podravka gave back the Croatian hopes in the middle of the second half (18-17). Although Podravka managed to put pressure on the Slovenians, 3 goals in a row from Tjasa Stanko put Krim back on the right track. After the home team emerged from the tough situation, Podravka lost momentum and the gap was growing exponentially between the two sides. In the final minutes, Krim even had the chance to gain a 2-digit difference, but the Croatian champions managed to stay inside the 10 goals mark: Krim won 27-20 and kept two important points in Ljubljana.