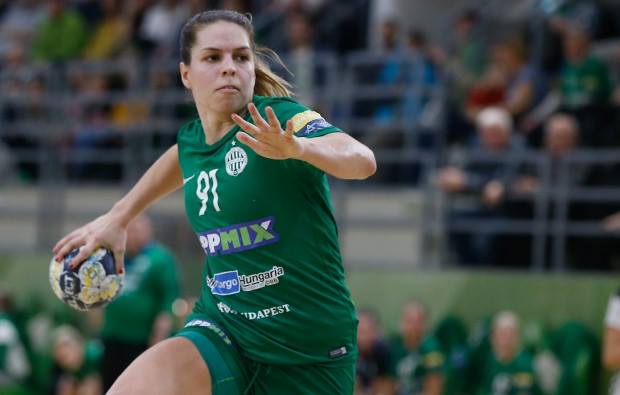 Two weeks ago, FTC took two important points from Germany as they managed to defeat Bietigheim in their home, but this time, the odds were clearly on the Hungarian side in Érd. Despite the odds on the home side, Bietigheim didn’t start scared in ÉRD Aréna: they grabbed the lead in the first minutes and managed to remain in control until the 20th minute when FTC took the lead for the first time (11-10). FTC was led by good performances from Noémi Háfra and Anikó Kovacsics in this period. In the final 10 minutes of the half, Bietigheim lost momentum, while FTC was flying through the opponent, so the two teams went to the locker room with a 17-13 lead for the Hungarians.

In the first 10 minutes of the second half, the German guests couldn’t really decrease the gap and FTC was going strong towards the victory. However, in the middle period, Bietigheim slowly came up on the opponent and put pressure on the Hungarian shoulders. With a little more than 10 minutes left, Bietigheim equalized and even took the lead (26-27), however, it didn’t last too long as Anikó Kovacsics’s two goals turned the match back to the Hungarian side. Some strange decisions by the referees made both sides go wild in some moments, and when Noémi Háfra scored against an empty goal to make it 29-27 with 5 minutes left, the Hungarians had a good chance to gain back the control over the game. At the same situation, Bietigheim’s goalkeeper Valentyna Salamakha suffered a seemingly serious injury when she hit the post running back to the goal, and the confused Germans lost all the control and with that, lost the match too. FTC had to fight hard for the home victory, but a great Kovacsics helped them keep both points at home (33-30).