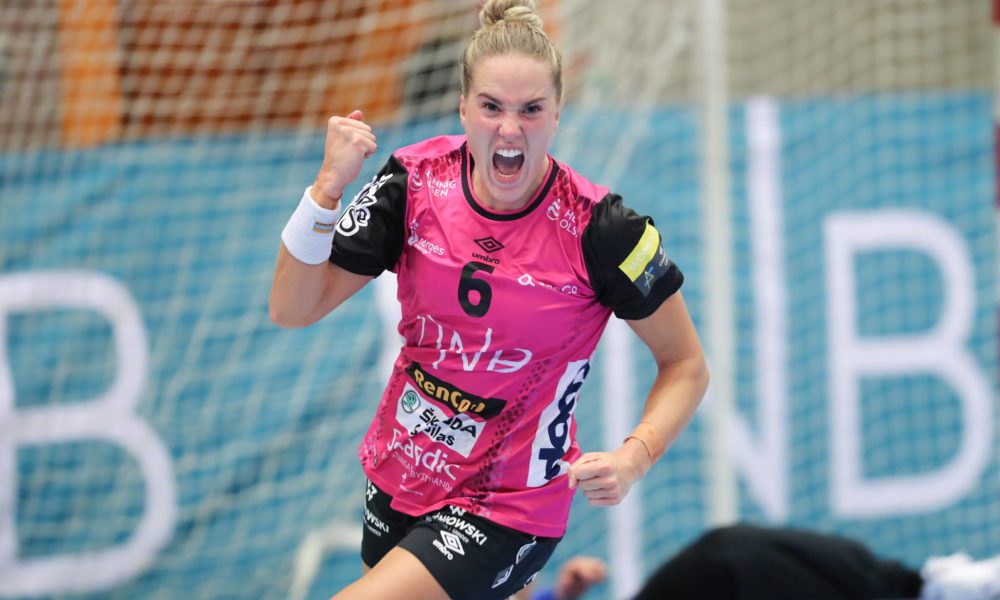 Vipers is the team which started the match better, Emilie Hegh-Arntzen scored four goals on long-distance shoots, Henny Reistad decided the pace, meanwhile, CSM Bucuresti had Joanka Radicevic and Lekic to keep the hosts in the match. 6-8 was the result when Djuic called the first timeout for CSM and Grubisic was replace by Ungureanu in the Romanian goal. Katrine Lunde helped her team with wise saves and Vipers took a four-goal lead, 6-11 (17.minute). CSM Bucuresti seemed to be powerless in front of the Vipers-defense and saves of Lunde, Neagu, for example, scored her second goal after 18 minutes in the match. Vipers played their best half in the Champions League so far, having a five-goal lead in Bucharest, 11-16.

In the second half, hosts started with an accelerated play where Lekic, Neagu, and Kurtovic had the chance to put the ball behind Lunde and managed to reduce the gap to three goals, 19-22. CSM Bucuresti had their best-attacking players in Jovanka Radicevic and Andrea Lekic, on the other side, Vipers had Malin Aune, Henny Reistad or Hegh-Arntzen. Linn Jørum Sulland did not play in the first half, because she has to be replaced in the defensive phase, so Silje Waade was the right back for Vipers, but in the second half Sulland could make the change and she had an important contribution to the Vipers offensive play. The Norwegian team kept their advantage all the way and defeated CSM Bucuresti on their home-court, 26-31, in a match where the hosts had never the advantage.