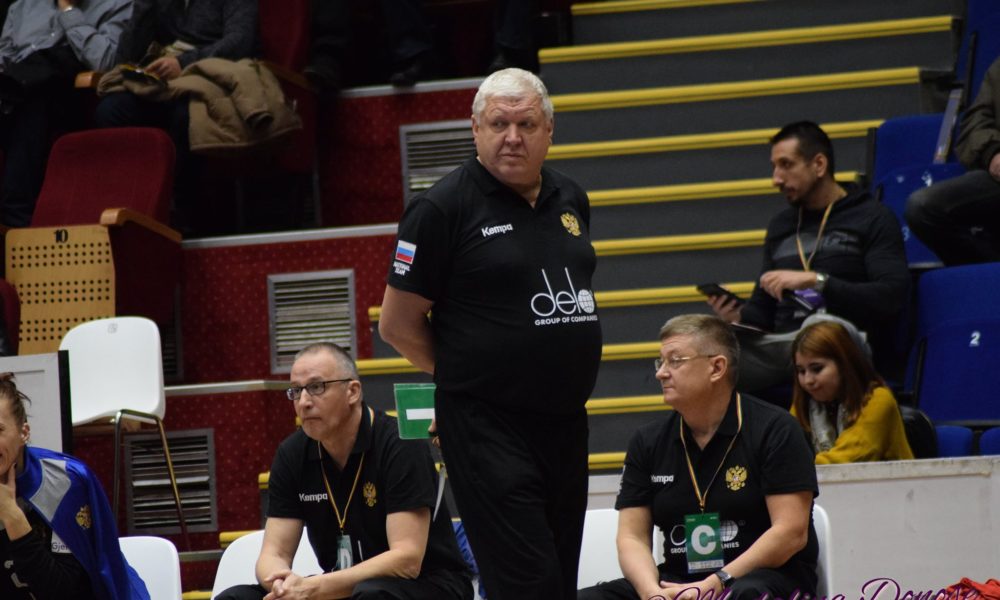 photo: Madalina Donose
Evgeny Trefilov had not so much to say after qualifying to the final

“I would like to congratulate my team, they made a good match and they are in the final. It was a difficult game, but we managed to take the victory.”

“We had some problems in defense in the first half of the match and made the job for our opponent easier. Then we adjusted our defense in the break and we managed to take advantage.

“We will prepare for the final, whichever team will we meet there, we are motivated to take the gold.”

After he congratulates to the Russian players (playing in his club-team) and wishes them all the best for the next game:

“Our problems were mainly in the defensive play, we could not stop the Russian attacks, we could not control the play and the match, we did not have the chance to gain more confidence, which in my opinion you get in the defense and you can use it in the offense. In the second half, our defense got weaker and the opponent got through very easily, they managed to increase the lead quickly in the second half, than it was difficult for us to come back.

“On the other hand, despite any other opinions, doesn’t matter what happened today, and it won’t matter what will happen tomorrow, but this Romanian team is a very good team and they are doing an amazing job every day. Despite the defeat, I am satisfied with the match because we played against a much better team today.”

“Never easy to lose in a semifinal game, we are disappointed, but today we lost against a better team. We have a day of rest, training and preparation for the bronze-match and we will really go for it.”