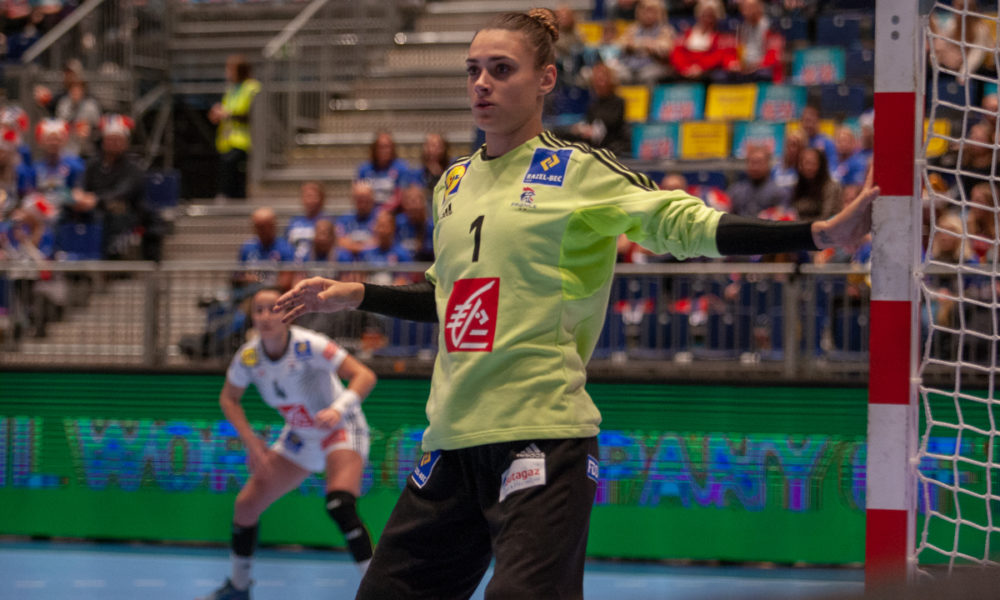 The EHF EURO 2018 has come to the final phase in Paris and in the second semifinal of the day, hosts France met the Netherlands. The Dutch team started better: they showed a calm and accurate game in the first minutes and the first French goal came after exactly 5 minutes played. After the struggle of the first minutes from the French side, the first goal broke the gates and they scored 5 in 3 minutes (3-5), while Amandine Leynaud came up with some great saves. After the first 10 minutes, France was clearly dominant and the Dutch team was struggling a lot to score against the French defense, while they weren’t too effective in stopping the opponent too. As the French team gained momentum, things didn’t really look well for the team of Helle Thomsen (6-10). However, in the last 10 minutes, the Netherlands managed to close on to their opponent until the halftime whistle (11-12).

In the early minutes of the second half, the Dutch team managed to put some pressure on the hosts supported by loud fans in the AccorHotels Arena (13-13), but after the home team gained back the momentum in the second half, there was no chance left for the Netherlands (14-18). Laura Glauser entered the game well and her great saves made the Dutch golden dreams slowly fade away. France was in complete control over the happenings during the match and they were clearly dominant in every element of the game. As the difference grew between the two teams, there were no real questions left for the end of the game (17-24). Entering the last 5 minutes, the French advantage grew to 8 goals and the crowd already started celebrating. In the final minutes, the Dutch team decreased the difference, but France took a confident and deserved victory (21-27) and marched into the final. So the last match of the competition will be the rematch of the first match: in the opener, France met Russia and now they will meet again. The final match between the best two teams of the competition is promising a lot of excitement and a real handball show, and the question is if there will be anybody able to stop the French fiesta or will Russia defeat France for the second time this tournament.

Evgeny Trefilov had not so much to say after qualifying to the final
Krumbholz: “We want to show on Sunday that we made progression…”