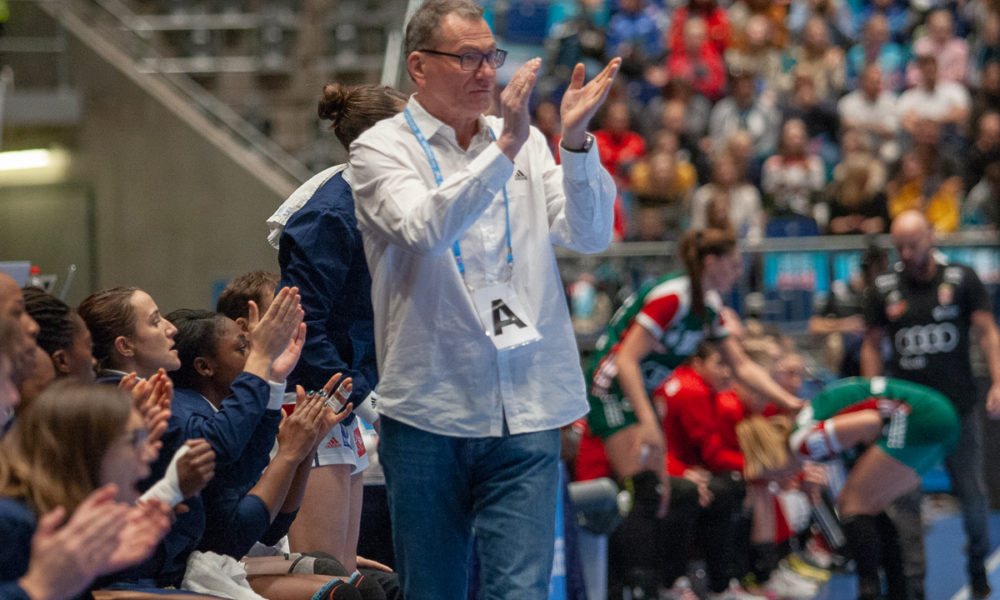 photo: Bjørn Kenneth Muggerud
Krumbholz: “We want to show on Sunday that we made progression…”

“Russia will be a difficult opponent in the final, but we are happy to play against Russia again, as we had a very bad game in the opening match when we lost. Since then we made a progression in these 2 weeks and we will show it in the final.”

“France is a strong team,  with strong players, they gave us a good fight, congratulations and good luck.

“We had problems in this match, it was very difficult for us. We had not so much chance in the second half,  it is really hard to play so many matches in six days, is physically exhausting for the players.

“It was amazing to play in this arena and share this victory with the fans. A special game, always difficult to play against such a good team like Netherland.”

” The fans were fantastic, the eighth player for us. But on Sunday it will be harder against Russia, so we will need them even more.

“I am really sure that we can win on Sunday, our first match against Russia was bad, we were disappointed. I am quiet sure that it will be much better on Sunday.”

“It is not fun to loose a semifinal, I  can agree on that,  we can be sad for an hour,  and after that, we have to get our heads up and think about the bronze match. We can be proud that we are here in the semifinal with this team.

” The team is one big family, despite missing many players, we got to the semifinals. We will give evrything we have on Sunday in the bronze match.”