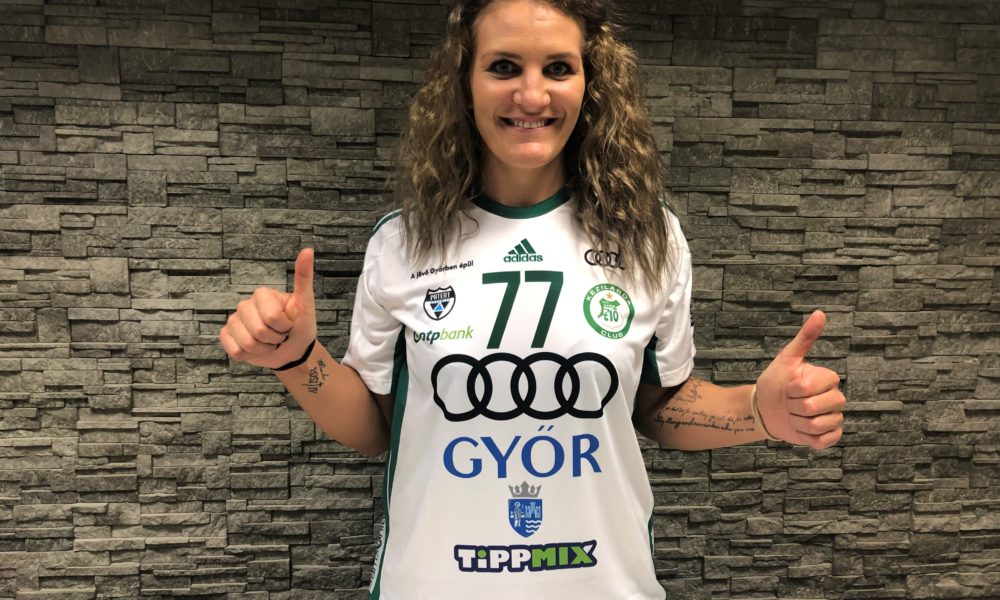 Győri Audi ETO KC has announced officially that 28 years old Romanian lineplayer, Crina Pintea (All-Star team member et EHF EURO ) will join the club with immediate effect and she will help the green-whites in this season.

The manager of the club Dr. Csaba Bartha has spoken out how they searched a lineplayer, after Yvette Broch stopped  her career in August, and their prior focus was on the Hungarian lineplayers, like Luca Dombi (DKKA), Szederke Sirián (DKKA), Noémi Pásztor (Budaörs) – every of them was willing to transfer to Győr, but their clubs did not allow the transfer. Last but not least, Debrecen would let Petra Tóvizi transfer to Győr if they get a player from Győr, the Danish Anne Mette Hansen. After all these unsuccessful approaches, the club found their new player in France, as Crina Pintea leaves now Paris 92 in favor of Győr.

Other details about her contract and about the price of her transfer are confidential, but the Hungarian club did not have to get extra founds in order to finalize this transfer.

“We would like to give chance to young Hungarian talents to play in our team, but their clubs did not allow that.

“Despite the problems we have, our main goals will remain the same, therefore is not possible to start the next year with only one lineplayer. With so many important matches in three different competition, we need two players in every position, and in order to give Kari Brattset proper replacement, we had no other choice to transfer a foreign player.

“After a long search, I think that we found the perfect solution in Paris 92, and Crina Pintea will join the club after she had a great EHF EURO tournament with the Romanian national team.” – Dr.Csaba Barta said about the transfer.

“I am really happy to be able to join Győr for the rest of the season, one of my biggest dreams just come true. I hope to be able to help them as much as possible. I can promise that I will work hard for this. Even if I am a little bit tired after the long EURO, I will do everything to help the team and reach all the titles they are aiming for.“-  said Crina Pintea.