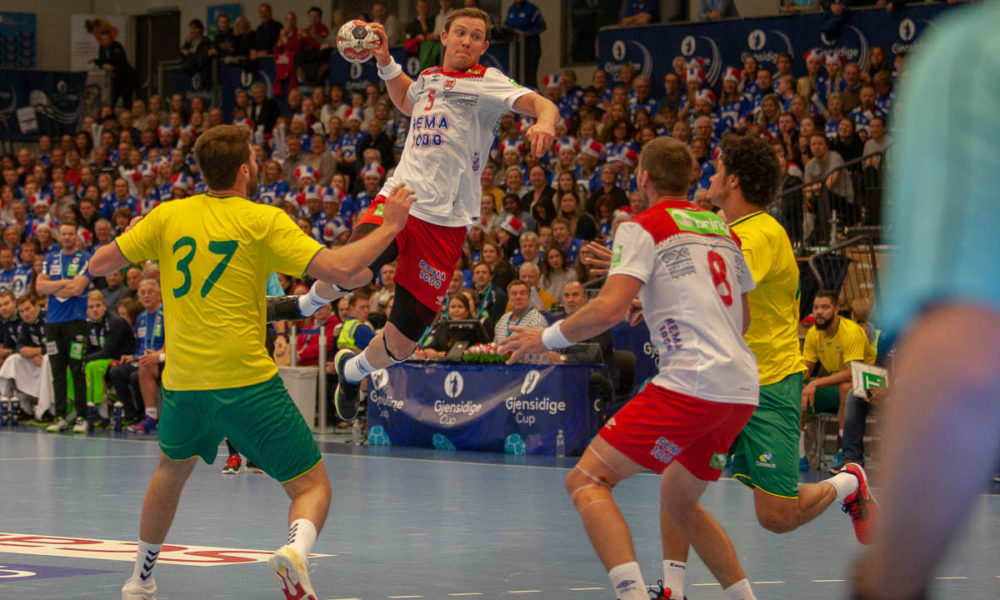 In the second half due to a fantastic Torbjérn Bergerud in the Norwegian goal, hosts managed to keep their advantage and to stabilize their play, winning as favorites both the game and the tournament.

Norway will play in Herning, Group C, the opponents will be Denmark, Austria, Chile, Tunisia, and Saud Arabia.

Brazil finished third in Gjensidige Cup and at the World Championship is in group A, in Berlin against France, Germany, Russia, Serbia and Korea.

Iceland placed second in this tournament will play in group B, in Munich in the company of Spain, Croatia, FYR Macedonia, Bahrain and Japan.

In the first match of the day: